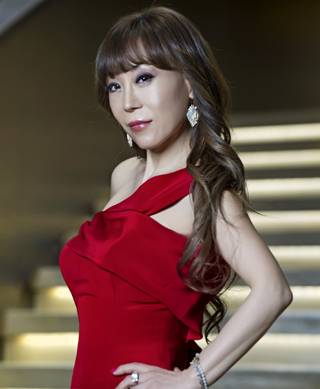 
Aug. 28: Soprano Jo Su-mi marks her 30th anniversary as an opera singer. Jo, who debuted in 1986 as Gilda for the opera “Rigoletto,” will perform with pianist Jeff Cohen. The coloratura soprano has won various international prizes since graduating from the Accademia Nazionale di Santa Cecilia in Rome.

She will sing “Caro Nome” from the opera “Rigoletto,” the song that she first used to wow European audiences. Other famous pieces like “The Doll Song,” “I Dreamt I Dwelt in Marble Halls” and “Concerto pour Une Voix” will also be performed.

July 20: Pianist Kim Sun-wook will play Beethoven’s “Diabelli Variations,” an hour-long piece considered very difficult to perform on stage. According to the concert’s management company, the pianist described it as a “hardcore classic.”

Kim is known for his intuitive understanding of classical music, gaining international acclaim after winning the Leeds International Piano Competition in 2006.

The pianist studied conducting at the U.K. Royal Academy of Music.

July 24: Sarah Brightman is coming to Korea for a fifth time, this time bringing along an orchestra. A singer who combines classical and pop music, she is known for the famous song “Time to Say Goodbye” performed together with Andrea Bocelli.

Sept. 2-4: Korean pop music wouldn’t be what it is today without singer Lee Sun-hee, with her distinctive and pure, powerful voice.

Since debuting in 1964, she has released a total of 15 regular albums.

Since winning the Georg Solti International Conductors Competition in 2005, Sung has been making strides in her musical career. She was the first-ever female assistant conductor at the Boston Symphony Orchestra and was an assistant director at the Seoul Philharmonic Orchestra.

This performance at the Sejong Center will also feature violist Esther Yoo.