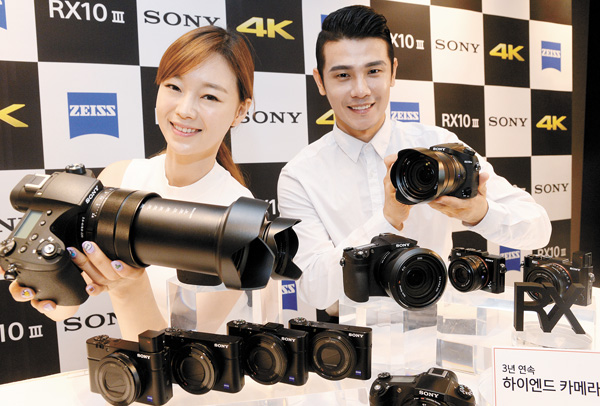 Models introduce a new version of Sony’s super-zoom camera, the RX10 III, at a hotel in central Seoul on Tuesday. The flagship camera is powered by a versatile Zeiss lens with an aperture of 24-600 mm, a three-fold increase from the 24-200 mm lens found on the preceding RX10 II, and a variable f/2.4-4 aperture. [SONY]