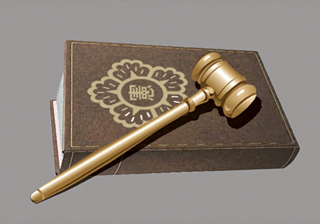 A number of alternatives are being discussed. But what are the confidence indices for those options? Does any one of them have over 80 percent? Is it in the 50 to 60 percent range? Is it enough for a constitutional amendment?

There are many merits to the four-year, two-term presidency. First, holding the presidential election and general election together every four years can save resources and confusion. When the presidential term is extended to as long as eight years, the state administration can be more stable. A four-year, two-term presidency can also encourage the administration to perform better in order to secure re-election.

But the field has as many land mines as flowers. A president would aim for re-election early on. Reform and national projects are often met with opposition from voters. Let’s look at the chaos over the airport construction project. Can a president with re-election in mind make a controversial choice? German Chancellor Gerhard Schröder risked a change of government when he pushed for reforms. Can a Korean leader be so determined?

The parliamentary system is even more vulnerable. It can only succeed in a stable society. It is only possible in a solid society where ruling and opposition parties agree on security issues, coalition is natural and the government is not stirred by minor issues. In the United Kingdom, the Conservative Party and Labor Party hold the government alternatively. But the foundation of security and social reform does not change.

Korea is different. In difficult times, different groups with their own ambitions collide, and society fluctuates. Society was stirred by the panic over mad cow disease and the Sewol ferry incident. The citizens voted for the government, but opponents shook the administration from its roots.

What would have happened if we had a parliamentary system? People may call for dissolution of the National Assembly and reappointment of the Cabinet.

In a parliamentary system, when no party has a majority, two or three parties can form a coalition. A country can be stable when the adhesive force of the coalition is strong.

But in Korea, division is more common than adhesion. The much-celebrated coalition of Kim Dae-jung and Kim Jong-pil did not last three years.

If we had a parliamentary system today, we would have a Park Geun-hye and Ahn Cheol-soo coalition, or a Moon Jae-in and Ahn Cheol-soo coalition. How long can such a bond last? The risk of a parliamentary system is the frequent change of administrations. In Japan, there have been 14 prime ministers in 22 years from 1991 until Shinzo Abe came into office. Amid the chaos of power, Japan went through the “lost 20 years.”

A semi-presidential system is even more dangerous. The president is elected by the voters and is in charge of diplomacy and security while the prime minister, elected by the National Assembly, oversees national administration.

The system is safe when the two powers are in balance and harmony. But can this be possible in Korea? Let’s say Park Geun-hye is the president, but the prime minister is not from her faction. In that case, would the government operate smoothly or not?

It would be even more complicated if the opposition party were to get involved. Let’s say Park is the president and Moon Jae-in is the
prime minister. They have very different views on North Korea, security and the economy. Can the two groups make a compromise?

Let’s say they are dealing with the Terminal High Altitude Area Defense system. The president would decide to have the system in Korea. Moon as prime minister and the Minjoo Party would object.

And what about the sinking of the Cheonan warship? The president blames North Korea, but the prime minister would disagree. Where would the country end up?

A four-year, two-term presidency, a parliamentary system and a semi-presidential system all have their own uncertainties and risks, and confidence for the future cannot be over 50 percent.

Why should we rush for a constitutional amendment? How about we wait until society matures and confidence goes up sufficiently for us to manage the five-year, single-term presidency well? How about we elect a wise president? A system can work differently depending on the leader.

One last question remains. The Kim Jong-un regime is standing on the edge in many ways. We cannot rule out the possibility of sudden changes in North Korea. In that case, South Korea should support a new regime and pursue reunification.

In the negotiation for reunification, the two Koreas will have to discuss a unification constitution. When West Germany reunified with East Germany in 1990, it amended its constitution. Perhaps South Korea should wait. Rather than amend the constitution now, we could write a constitution for a unified Korea soon.

Of course, the constitution is not an absolute thing, and it can be changed if necessary. But we should first solve these questions. We cannot set out on a new path without conviction.