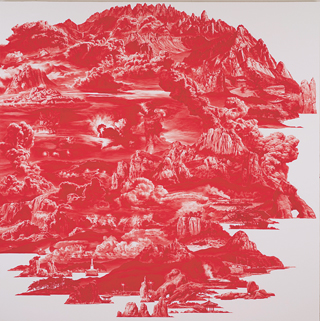 To Saturday:
This exhibition in memory of the 304 victims of the Sewol ferry tragedy in 2014 features works by 22 artists.

About two-thirds of the exhibits have never been shown to the public before. The diverse pieces include an installation made of various objects found at the port by artist Soun Hong; an installation of 304 twinkling points of light in a dark room by Jo Sook-jin; and a series of photos that show praying hands with one finger dyed red with balsam by Sohee Cho.

To July 10: This exhibition features about 60 drawings by eight Korean modern art masters now receiving increased international attention. It allows visitors to gain a deeper understanding of the artists’ evolution.

The artists include the first-generation abstract art leader Kim Whanki (1913-74) and creators of dansaekhwa, or Korean monochrome paintings, such as Park Seobo, Chung Sang-hwa and Lee Ufan. 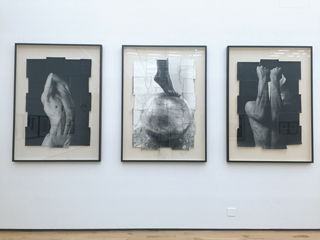 PUBLIC TO PRIVATE: PHOTOGRAPHY IN KOREAN ART SINCE 1989

To July 24: This ongoing exhibit looks at how photography and contemporary art have interacted over the past 30 years.

The exhibition features 300 pieces by 75 artists, most of whom have become mainstays of contemporary Korean art.

It goes back 30 years ago, when photography was first used by Korea’s first generation of contemporary artists. It shows how those artists underwent meaningful transformations in their style, such as adopting conceptual and performance art. A special exhibit illustrates photography in the fashion industry.

Tickets cost 4,000 won ($3.40). which covers the other shows going on in the Seoul museum. The museum is closed on Mondays.

To Aug. 14: This exhibition features 12 pieces by Chinese artist Liu Wei ranging from his controversial early works to his most recent pieces. The 44 year old is one of the leading artists in the generation that came after the famous “Chinese Diaspora” and “Political Pop” generations influenced by the 1989 Tiananmen protests.

The exhibition will be the last at Plateau, a branch of the Samsung Museum of Art located in the Samsung Life building, which will close after a 17-year history due to the building’s sale. 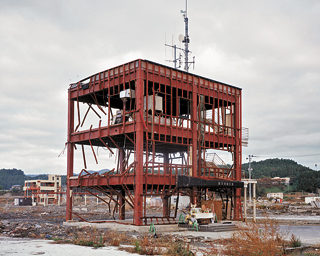 
To July 24: Celebrating the 10th anniversary of the museum, this exhibition features artworks of diverse genres and media under the theme of “sustainability.”

“Sustainability associated with environmental and economic problems has been a hot global topic in recent years, but it has been too big an issue for individuals to perceive,” museum Director Chung Young-mok told reporters earlier this month.

“In this exhibition, we have gathered works by artists who lead viewers to think about materials and sustainability with small, everyday things.”

Among them, photographer Area Park presents photos that capture the aftermath of the 2011 earthquake and the following nuclear disaster in Fukushima, Japan. Conceptual artist Lee Wan presents abandoned objects that the artist arranged like East Asian scholar stones “so that they could resist being recycled.”

To Sept. 11: The exhibition features a large array of furniture for children, focusing on chairs and desks by internationally influential 20th-century designers including Peter Keler, Luigi Colani and Renate Muller, as well as some contemporary works by Korean designers.

Visitors are allowed to sit on most of the chairs on display.

Designs from Korean artists and brands are displayed on the second floor of the museum, while the basement floor is dedicated to displaying a diverse range of desks and chairs for young students that date back to 1930.

The highlight of the exhibition for kids is the ball pit on the first floor., where kids can jump in and play while their parents have a look around.