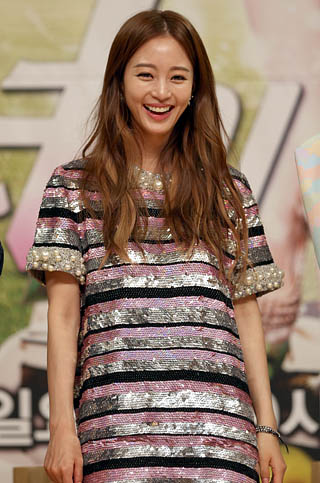 Actress Han Ye-seul has filed charges against some internet users who have been posting negative comments about her on her personal SNS account.

“Han Ye-seul filed defamation charges with the Gangnam Police Precinct on June 17 against internet users who have been writing negative comments about her,” said a person affiliated with Han’s talent agency, Keyeast Entertainment, on Wednesday. “Han will deal with this issue very firmly.”

The alleged assailants have reportedly been spreading false rumors and launching personal attacks against Han for around a year. Han filed charges against seven internet IDs, and it remains unclear how many people they belong to.

Both the TV personality and her talent agency had warned the commenters to stop their attacks several times before ultimately reporting them to police, the source said.

But when they refused to stop, Han was forced to take the matter to the authorities.

Han most recently starred in the JTBC drama series “Madame Antoine,” which wrapped up in March.

The actress is currently searching for a new project.