Abuse of power gone too far

Abuse of power gone too far 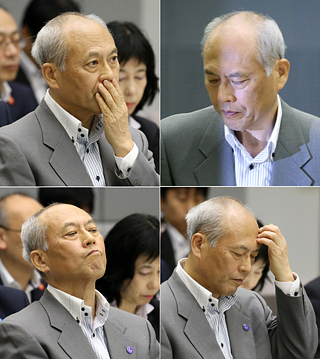 The “hottest” politician in Japan today is Tokyo Gov. Yoichi Masuzoe. Television and newspapers are filled with news about Masuzoe.

Serving for two years and four months, he led 165,000 administrative civil servants, firefighters and policemen and oversaw the lives of 13.51 million Tokyo residents. His annual compensation was 29 million yen ($277,378), including a monthly salary of 1.456 million yen plus bonuses. Masuzoe dishonorably stepped down on June 21 for using public and political funds personally and excessively.

Until two months ago, he was in high spirits, as if there was nothing to be ashamed of.

He used his government car to go to and from his private vacation house in Yugawara, Kanagawa Prefecture, 100 kilometers (62 miles) from downtown Tokyo, almost every weekend — 48 times in the past year. He was criticized for using over 40 million won ($34,611) in taxpayers’ money on personal transportation, but he argued the vacation house doubled as a quiet office where he worked for the people of Tokyo, reading and organizing documents.

While some pointed out that he may not be able to properly respond to emergency situations from so far away, he promised he could command the government from anywhere, even if an earthquake hit his city.

His six-day, five-night visit to Paris and London cost more than 500 million won. He was accompanied by 20 people. When visiting Washington on business, he stayed in a suite at a luxury hotel near the White House favored by heads of states. He argued that the governor of Tokyo could not sleep in a second-tier hotel. He also insisted flying first class. As a member of the Japanese House of Councilors, he paid his hotel bill with political funds. When it became an issue, he claimed that his office staff had a meeting in his room.

In addition to personal meals, he also bought artwork and comic books. Most of that money was from a party grant that came from taxpayers. The public turned against him.

Cornered, Masuzoe asked to be investigated, insisting attorneys who were former prosecutors in Tokyo verify his expenses. It turned out that some were inappropriate but not illegal. He practically gave indulgences to himself as the political fund act of Japan does not require itemized expenses.

It led to public outrage. People demanded he apologize and resign immediately. The Liberal Democratic Party and Komeito, which supported Masuzoe in the 2014 gubernatorial election, also pressured him to step down. A no-confidence motion was submitted to the Tokyo Metropolitan Assembly, and he he ultimately submitted his resignation.

In April, former president of Uruguay Jose Mujica, who is considered the “world’s poorest president,” visited Tokyo. Having donated 90 percent of his salary and lived modestly, he said that a politician’s life should be of the average of his country. He said, “Poor people are those who only work to try to keep an expensive lifestyle and always want more and more.”

According to Mujica’s standard, Masuzoe is surely a poor man for wasting taxpayers’ money as if any money he could get his hands on is his own.

But as Masuzoe leaves the office, he gets to take 22 million yen in severance pay.


*The author is the Tokyo correspondent of the JoongAng Ilbo.