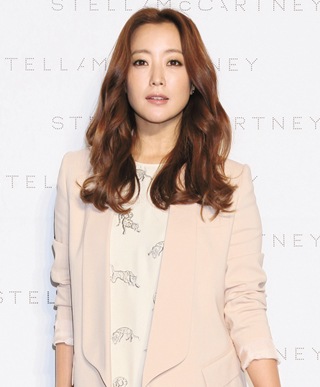 Actress Kim Hee-sun may star in a new drama series tentatively titled “A Woman with Grace.”

The veteran actress has been offered a role in the new drama and is considering accepting it, according to a source in the entertainment industry on Thursday.

“Details on the broadcasting of the program have not been confirmed yet,” the source said, “but it is likely to hit the air early next year.”

The upcoming program will focus on the lives of society’s elite.

If she signs on, Kim will play a former flight attendant who was beautiful enough to also model for her airline.

She becomes a housewife after marrying a man from a wealthy family. But what seems to be a perfect life falls apart after his family collapses and her husband leaves her.

The project would be her first since “Angry Mom,” which aired on MBC early last year.

Since Kim entered the entertainment scene in 1993, she has been particularly known for her beauty and has starred in numerous projects such as the series “The Faith” (2012), which also featured actor Lee Min-ho.