At BiFan, it’s about the ‘fun’ of films

At BiFan, it’s about the ‘fun’ of films 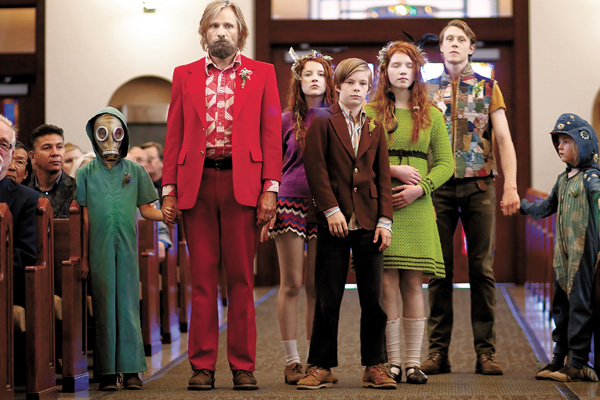 The opener for this year’s Bucheon International Fantastic Film Festival is the family drama “Captain Fantastic” by American actor and filmmaker Matt Ross. It tells the story of a father and his six kids who struggle to adapt to city life after spending years deep in the remote forests of the Pacific Northwest. [BUCHEON INTERNATIONAL FANTASTIC FILM FESTIVAL]

Fantasy and sci-fi films are not widely popular in Korea, but that hasn’t stopped the Bucheon International Fantastic Film Festival (BiFan) from offering them every year.

Marking its 20th anniversary this year, the festival’s themes have always been love, fantasy and adventure.

Over the course of two decades, BiFan has used its uniqueness to become one of the country’s the three major film festivals, developing a good reputation among film buffs in Korea.

The biggest change for this year is appointment of director Chung Ji-young as the first chairman of the organizing committee.

In the past, the mayor of Bucheon has always served that role.

The filmmaker is well known for his interest in social issues, and many of his films such as “Namyeong-dong 1985” (2002) “Unbowed” (2011) are based on controversial true stories.

Chung, however, didn’t talk that much about his new role or goals during a press conference held at Korea Press Center, central Seoul, on Wednesday.

Instead, the festival’s director, Choi Yong-bae, emphasized that the focus for this year was on the “sheer fun of watching movies.”

“If you want to know whether a film festival has authority or not, you need to check the list of films being screened films. We want [BiFan] to be remembered for its films,” Choi said.

“To make this possible, we increased the number of films that we offer while reducing the number of categories to give visitors a clearer sense of what the films will be like.”

During the 11-day festival, a total of 302 films including features and shorts from 49 countries will be screened in multiple venues across Bucheon, Gyeonggi, which is about an hour away from central Seoul by either subway or car.

The festival’s opener this year is the drama film “Captain Fantastic” by U.S. actor and filmmaker Matt Ross.

The film, which stole the show at the Sundance and Cannes Film Festivals earlier this year, is making its Asian premiere through the BiFan. The film depicts the struggles of a father and his six kids who try to adapt to city life after spending years deep in the remote forests of Pacific Northwest.

The closing film is “Seoul Station,” an animated feature by Korean director Yeon Sang-ho who has received acclaim for his edgy style. The director tackled social issues like religion or hierarchy through “The Fake” (2013) and “The King of Pigs” (2011).

“Seoul Station” is a must-see for those excited about Yeon’s upcoming blockbuster film “Train to Busan,” as it serves as its prequel.

The director’s first live-action flick features A-listers like Gong Yoo and Jung Yu-mi and was screened as a midnight feature at Cannes.

Set against the backdrop of Seoul Station, a familiar place for most Koreans, “Seoul Station” tells the story of a homeless man who is infected by a zombie. The station is soon filled with an increasing number of homeless zombies, and the city of Seoul tries to shut down the station to slow the infection.

With the increase in films on offer, the sheer number of choices could overwhelm the average festivalgoer.

Those looking to get a sense of what the event is all about might want to opt for the Bucheon Choice category.

“Bucheon Choice is a collection of films that challenge the ordinary formulas of commercial films,” said Kim Young-deok, one of the festival’s so-called programmers, or people in charge of selecting films. “Films under this category overturn traditional conventions.”

For those with brave hearts, the best bet is the World Fantastic Red and Forbidden Zone, one of BiFan’s signature categories.

The category features creepy and bloody horror films, including the hyped “The Neon Demon” featuring Elle Fanning of “Maleficent” (2014).

The festival encourages seniors, pregnant women and the faint-hearted to skip these movies.

“As you know, we have very few stills to show you from this section,” said Kim as he introduced the category.

“We Are the Flesh,” “The Greasy Strangler” and “In Search of the Ultra-Sex” are some of the most talked-about films that will be screened there.

“In Search of the Ultra-Sex” is made with footage from real pornographic films.

But BiFan has some family friendly sections, too.

World Fantastic Blue serves as a general introduction to films from accessible genres like drama, comedy and romance.

The Family Zone is also being revived this year.

This category consists of feature films and eight shorts that are under five minutes long and still enjoyable for those too young to read subtitles, according to Kim.

Some special sections added this year to commemorate the 20th anniversary are the Best of Asia and 20 Years, 20 Favorites.

“You will get to know the latest trends that are happening across Asia through the Best of Asia. For example, comedy films are all the rage in southeast Asian countries right now,” said Choi, the director of the film festival.

Of those 20, “The Horribly Slow Murderer with the Extremely Inefficient Weapon” received the most votes.

The horror-comedy centers around a murderer whose weapon of choice is a spoon.

Ordinary film tickets are priced at 6,000 won ($5.20) and all the tickets are available from its official website starting July 14 at 2 p.m.