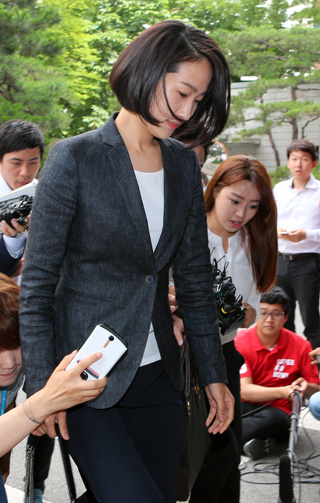 Rep. Kim Su-min of the People’s Party walks into the Seoul Western District Prosecutors’ Office on Thursday as prosecutors summoned her for questioning concerning allegations that she received hundreds of millions of won in kickbacks from campaign agencies. “I did not receive any kickbacks,” Kim said before entering the prosecutors’ office. “I will make this clear during the probe.” [CHO MUN-GYU]