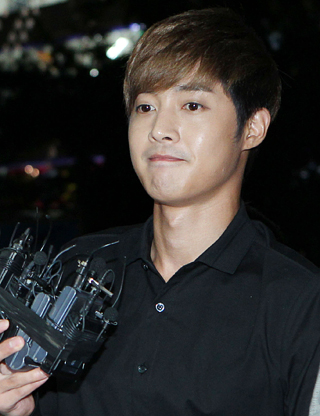 Singer-actor Kim Hyun-joong’s ex-girlfriend, surnamed Choi, has been acquitted of all the charges that the TV personality filed against her last July, according to Choi’s attorney Friday.

Kim filed criminal complaints against Choi, who gave birth to his child in September, on four allegations including blackmail, fraud, false accusation and defamation.

“The verdict was made on May 19, but [Choi] stayed quiet because she did not want to be mentioned in the mass media,” Choi’s attorney said. “Choi has had a difficult time being called a fraud [since the legal fight between the two began]. Although she has been cleared of all charges, Kim has neither apologized nor shown signs of regret.”

The attorney explained that Choi had to endure malicious comments written by Kim’s fans on the internet, and emphasized the need for the celebrity to apologize.

However, that is not likely to happen, as Kim has revealed his intention to appeal the verdict.

A civil lawsuit that Choi filed against Kim in April 2015 is still ongoing, and a second plea date for the lawsuit will take place on July 8.

The former couple dated for around two years from 2012. Choi charged Kim with violence in May 2014, claiming she miscarried a child due to the celebrity’s violence. However, she dropped the charge later, saying she did not want him punished.

However, Choi filed a suit against Kim for mental damages in April 2015 and demanded 1.6 billion won ($1.4 million).