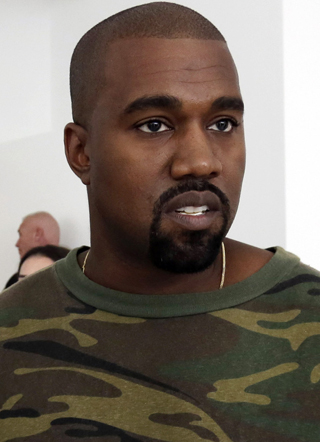 LOS ANGELES - Kanye West has unveiled a video on a subject he knows something about: fame.

The video for a single titled “Famous” - unveiled Friday night at a promotional event in the Los Angeles Forum - features what appears to be a naked West with images of 11 other famous people, some of whom he has had good and bad relationships with, Vanity Fair magazine reported.

West included an image of Bush, who he famously criticized on national TV right after Hurricane Katrina in 2005.

“Maybe in some alternative universe me and George Bush could have been friends. I could have been his O.J. Simpson black friend on the golf course,” West told the magazine in a phone interview.

As for including Cosby, who West once tweeted was innocent of sexual abuse allegations, the rapper said: “It’s not in support or anti any of (the people in the video.) It’s a comment on fame.”