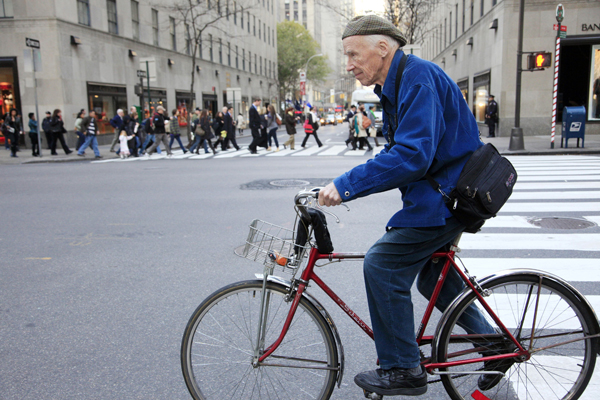 NEW YORK - Bill Cunningham, a longtime fashion photographer for The New York Times known for taking pictures of everyday people on the streets of New York, has died. He was 87.

Cunningham died Saturday in New York City, according to Eileen Murphy, a spokeswoman for the newspaper. He had been hospitalized recently after suffering a stroke.

“To see a Bill Cunningham street spread was to see all of New York,” New York Times Executive Editor Dean Baquet said in a tweet posted to the newspaper’s Twitter account Saturday afternoon.

Cunningham began publishing a regular series of photographs in the Times in 1978 after a chance photograph of Greta Garbo got the attention of the storied paper.

He was awarded the Officier de l’ordre des arts et des Lettres by the French Ministry of Culture in 2008 and received the Carnegie Hall Medal of Excellence in 2012.