A performance to make Tchaikovsky proud

A performance to make Tchaikovsky proud 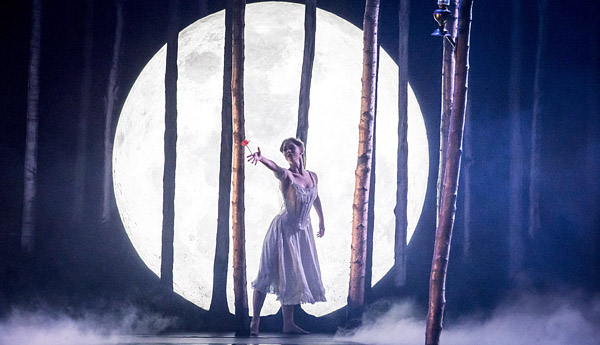 The genre of dance musical, or dance theater, delivers the story with dancing. A founder of the genre that shocked theatergoers since 1990s, Matthew Bourne’s 2012 musical, “Sleeping Beauty,” comes to Korea. It is playing until July 3 at LG Arts Center. [JOONGANG SUNDAY]

Don’t expect any classic ballet or a predictable love tale from Matthew Bourne’s dance musical “Sleeping Beauty,” which will be on stage until July 3 at the LG Arts Center.

It not only is a combination of traditional and new dance genres but an enthralling story created by a talented storyteller.

It is his ability to twist and break conventions that marks his performances: His 1995 performance of “Swan Lake” featured muscular male actors as swans and even created a controversy regarding homosexuality. It brought him an Olivier Award, a Tony Award and made his name known among theatergoers.

In “Nutcracker!” he borrows the concept of Oliver Twist’s orphanage though the original ballet takes place in a high-class family in the 19th century.

Left: Count Lilac is the king of fairies who protects Princess Aurora from Carabosse’s dark spell. While Tchaikovsky’s original ballet features female dancer for the role, Matthew Bourne instead cast a male. Right: Aurora and Leo, a gardener, promise their eternal love to one another. [JOONGANG SUNDAY]

The streak of his storytelling innovation continues in his recent dance musical, which had its premiere in London in 2012.

His version of “Sleeping Beauty” turns the puny princess Aurora into a vigorous and energetic individual, and Leo, who saves her, isn’t a prince but a gardener. The story is about normal people “the audience can relate to,” as Bourne himself said during a recent interview.

In addition, Bourne created the character of Caradoc, who is a son of the sorceress Carabosse, and added a vampire element to the story.

Caradoc’s existence adds a tension to the story that lasts until the end, while in Tchaikovsky’s original version, the existence of the ballet’s nefarious forces all but fade away by the latter part of the performance.

Also, the fact that they were in love before she was put asleep by the dark spell explains why Sleeping Beauty instantly falls in love with Leo as soon as she sees him after her 100-year-long sleep. And the vampire element helps to explain how Leo could have stayed young for so long.

But a stronger climax and a kinder explanation for why Caradoc later fell in love with Aurora would have suited the play.

Although his choreography is based on ballet and bears some traces of pointe work (in which dancers dance on the tips of their toes), it isn’t a classical ballet as it combines many other genres including forms of contemporary dance.

This enables the actors to deliver the force of their characters without the need for any verbal expression.

In fact, Bourne decided to adopt various dance genres in order to make the ballet more understandable and exciting to a broader range of people. He himself did not professionally learn dance until the age of 22, when he went to Trinity Laban, a contemporary dance conservatory in the United Kingdom.

Lez Brotherston’s beautiful stage set and costumes fit each period - 1890, 1911, 2011 and today - superbly and each one is almost a character unto itself.

Ashley Shaw, who often takes central roles in Bourne’s musicals, stands with her elegant physicality and vibrant portrayal of Aurora.

With “Sleeping Beauty,” Bourne has achieved his everlasting dream to complete the three representative ballets of Tchaikovsky, following “Swan Lake” and “The Nutcracker.” He told local media that it all began purely as an homage to Tchaikovsky’s music. One wonders what the composer would say of Bourne’s variation.