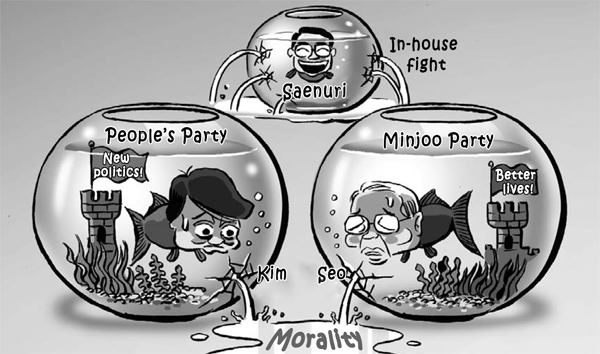 When the world is reeling with unprecedented uncertainty from Brexit, three major political parties in Korea suffer internal conflict of their own: The ruling Sanuri Party is still fighting between members loyal to President Park Geun-hye and not; the major opposition Minjoo Party is having trouble over Rep. Seo Young-kyo’s hiring of her families on jobs unrelated to their expertise; and the minor opposition People’s Party over Rep. Kim receiving illegal political funds during the April 13 general election.