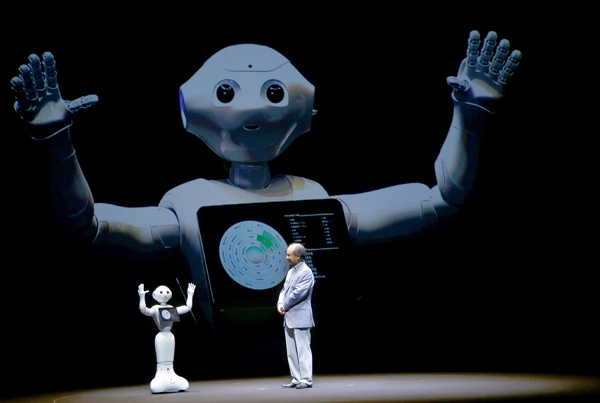 When I was a Tokyo correspondent in 1997, I met with Son Jeong-ui, or Masayoshi Son, founder and CEO of SoftBank. He shared many significant stories.


Q. You are a third-generation ethnic Korean living in Japan. Is your home country Korea or Japan?

A. “Until now, my motherland has been the computer. But from now on, the Internet will be my new homeland.” (He had established himself in software distribution, and in 1996, he had acquired 35 percent of Yahoo shares.)


You have two daughters. Who will succeed your position in the company?


What are your rules in investment?

Son made bold moves in his 40s, getting into the high-speed Internet business and acquiring Sprint. But the true jackpot was investing $20 million in China’s Alibaba in 2000, when he was 43. He was the hidden teacher of Jack Ma. Yahoo founder Jerry Yang met Jack Ma when Ma was an interpreter for Yang, and Yang introduced Ma to Son. Upon speaking with Ma for six minutes, he had taught him all of his business secrets. “Yahoo Japan surpassed eBay and Google in Japan. Alibaba should build China’s own platform.” In three years, Alibaba drove out eBay from China and became the biggest online shopping mall in the world. The value of Son’s shares rose by 2,000 times to $59 billion.

Last week, Son made news again. “I think we are about to see the biggest paradigm shift in human history. I still have unfinished business regarding the Singularity. I want to continue for at least another five years,” he said. According to his original life plan, he was supposed to step down August 11, 2017, his 60th birthday. Singularity is a revolutionary paradigm shift beyond computer and Internet so crucial that he changed his life plan. As Son postponed his retirement, 48-year-old Nikesh Arora — former Google chief business officer who was to take the CEO role when Son left — resigned.

Singularity was originally a science term. In math, it refers to the undefined state where positive and negative values switch in a function as it approaches zero. In physics, it is the moment when the volume of a black hole is zero and density is infinite. It is the point when all laws of physics in time and space don’t apply.

If I had quit my journalism career 19 years ago and started following Son’s moves, my life would have been very different. This time, Son is adopting AI as his new homeland. Son is a master with a 70 percent success rate, and if he says the Singularity is coming, we’d better trust him. Google founder Sergey Brin made a similar statement. He said that if he were to go to college again, he’d go to NASA’s Singularity University over Harvard, Stanford or MIT. In the benefit corporation headquartered at NASA Research Park in Silicon Valley, all kinds of science and technologies meet creativity and imagination beyond our conventional minds.

Brexit is significant, and so is the presidential election. We need to think about the exponentially growing AI and the fast approaching Singularity. We don’t want to regret later not believing Son.