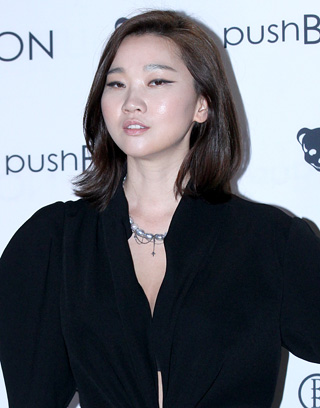 Model Jang Yoon-ju is three months pregnant, according to the 35-year-old’s talent agency, Esteem, on Monday.

Jang, who married a businessman four years her junior in May 2015, is expected to deliver her child in January.

The model expressed gratitude through her Instagram on Monday.

“I am very grateful to those people who congratulated [me] upon hearing the news,” she wrote. “It has been a year since I got married, and [the baby] feels like a pleasant surprise to me. Although I still feel a little frightened about becoming a mother, I wish to learn the true meaning of love through the baby.”

During a press conference held before her wedding, Jang said she wanted to have at least two children and that she loves babies.

Jang is considered one of the top models in Korea. After debuting in 1997, she has extended her work to numerous fields including acting.

Her most recent role was in the hit film “Veteran” (2015), which sold over 10 million tickets domestically.