At the Venice Biennale, Lee Dae-hyung will take lead

At the Venice Biennale, Lee Dae-hyung will take lead 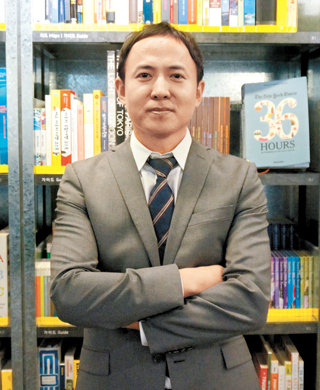 Lee Dae-hyung has been appointed curator of the Korean Pavilion for the 2017 edition of the prestigious Biennale di Venezia, also known as the Venice Biennale, the Arts Council Korea said on Tuesday.

Lee, 42, first gained fame as an independent curator and is now the art director for Korean auto giant Hyundai Motor.

“He is the finest choice to show Korean artists’ power through the combination of their local and universal aspects,” the council said in a statement.

“[Curator] Lee’s strategy along with the exhibition ideas about cultural identity proposed by the two participating artists will help us deliberate on the problems of Korea and global society,” the council said.

“I think about presenting semi-fictive worlds that reinvent reality, engage our imagination and trigger our empathy through the means that emphasize our human nature and psychological complexity,” Lee told the Korea JoongAng Daily.

“For now, I cannot reveal the exact theme or title of the exhibition yet,” he continued. “However, you can find a clue in my analysis of the artists.”

According to curator Lee, both Lee Wan and Cody Choi can be considered “conceptual sculptors who repurpose and redeploy the ready-made to reveal the transnational conditions of production and consumption that come to not just works of art, but human existence itself.”

Lee said Choi’s work explores the points of contact and rupture between Korean culture and an increasingly globalized Western - particularly American - culture that has been adopted and adapted by Korea and other Asian countries in a multitude of ways.

Pointing to Lee Wan’s “Made In” series, which involved the artist making numerous consumer goods by himself, curator Lee said, “The motivation behind this elaborate project begins at the breakfast table, where the first and most important meal of the day is to be consumed. However, Lee in his macroeconomic and sociological investigation of our world’s webs of power ends up forever postponing the digestion of this meal.”

In 2009 and 2010, curator Lee introduced emerging Korean artists to Britain through “Korean Eye” in the Saatchi Gallery exhibition. Lee was named part of Forbes Korea’s “Power Leader 30” in 2012.

Lee also participated in the 2016 Kuandu Biennale in Taiwan as the curator for Korean art.