To Today: This exhibition is a retrospective of French fashion designer Jean Paul Gaultier, famous for avant-garde looks including the iconic “cone bra” created for music star Madonna in 1990.

The show features over 150 haute couture pieces as well as some ready-to-wear items he designed since his career began in 1976, including his latest creations inspired by Korean traditional clothes, or hanbok.

The exhibition has been touring the world since 2011, and the Seoul exhibition was organized to mark the 130th anniversary of Korea-France diplomatic ties as well as the 21st chapter of Hyundai Card’s cultural patronage projects. 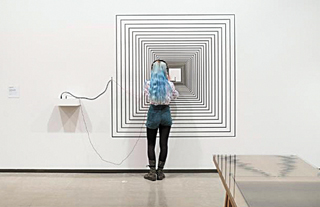 To Sunday: In memory of Nam June Paik (1932-2006), the Korean-born founder of video art who passed away 10 years ago, the museum has invited 10 local and foreign curators, many of whom began their careers as scientists, novelists or linguists.

Each of the curators, along with museum head Suh Jin-suk, selected inspirational pieces from among the museum’s collection of Paik’s works. The curators also invited artists to create a new piece inspired by Paik’s work, or submit a piece they had already created. The results comprise the exhibits. Works by Paik are on display on the first floor of the museum, and the pieces inspired by him are displayed on the second floor. Admission is 4,000 won ($3.40). The museum is closed on Mondays. Take bus Nos. 5000 or 5005 from Seoul and get off at the Singal five-way intersection in Yongin.

To Oct. 23: The exhibition shows the creative process of British designer Thomas Heatherwick and his team, who are famous for the iconic U.K. pavilion for the 2010 Shanghai Expo in China and the Olympic cauldron for the 2012 London Summer Games.

The show features an extensive archive of 1:1 scale prototypes, models, test pieces, drawings and photographs for their hit works, which also include the Rolling Bridge in London, the Learning Hub building in Singapore and the new London bus.

Curated by Kate Goodwin, Drue Heinz Curator of Architecture at the Royal Academy of Arts in London, the exhibition has toured different cities around the world, but according to the museum, the version for Seoul is a little different.

Heatherwick’s famous Spun chairs have been specially produced for this exhibition to spin automatically.

To Nov. 6: This exhibition features 40 pieces of ancient Korean paintings, sculptures, documents and artifacts related to Buddhism. Among them are seven designated National Treasures.

The “Three Jewels” in the title refers to the Buddha, the Dharma (teachings of Buddha) and the Sangha (community of practicing Buddhists), and the exhibit is divided into three sections, each of which focuses on one aspect.

The second section features illustrated or annotated Buddhist scriptures and other Buddhist texts.

Admission is 4,000 won for adults. The museum is closed on Mondays.