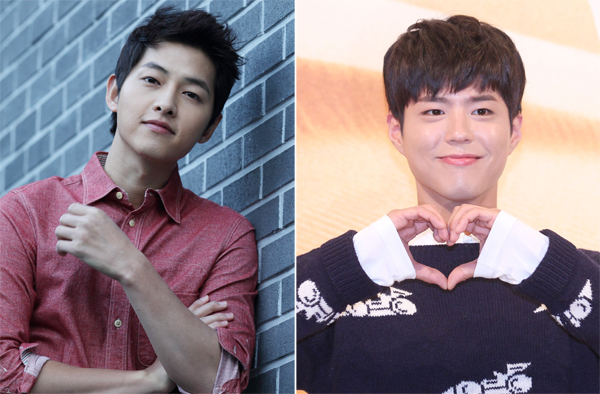 Blossom Entertainment announced Friday that it plans to confront those people who started and spread the rumors.

“Rumors regarding Song and Park are groundless. We decided to officially clarify our stance because they are spreading so fast,” the talent agency said.

“One of the [participants of a] TV channel actually spoke as if the rumors were true,” referring to TV Chosun’s “Powerful Enemies,” in which commentator Lee Bong-kyu mentioned the story.

Song and Park have been engulfed in rumors that they were at the site when Park Yoo-chun allegedly raped a woman at a bar on June 3.
A local news outlet, Dispatch, reported that the rumors are not true. The report shows photos of Song together with other celebrities, including actress Song Hye-kyo and actor Yoo Ah-in, who were presumed to be having dinner at the time.

Song has become one of Korea’s biggest stars through the recent KBS2 drama series “Descendants of the Sun,” which aired from February to April this year. The show was particularly well received in China.