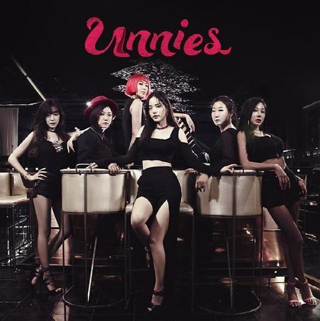 The new song “Shut Up” by K-pop girl group Unnies topped eight major music charts including MelOn, Genie and Naver Music upon its release on Friday.
The song, which was written by singer-producer Park Jin-young, was unveiled at midnight and is a traditional funk score with addictively playful rhymes.
The participating members of the group are from the entertainment program “Sister’s Slam Dunk,” in which celebrities work together to accomplish their dreams.
The members include actresses Min Hyo-rin, Ra Mi-ran, comedian Kim Sook, model Hong Jin-kyung, rapper Jessie and singer Tiffany from Girls’ Generation.
The Unnies staged their first performance on Friday on KBS2’s music program “Music Bank.”