The high cost of U.S. protectionism

The high cost of U.S. protectionism 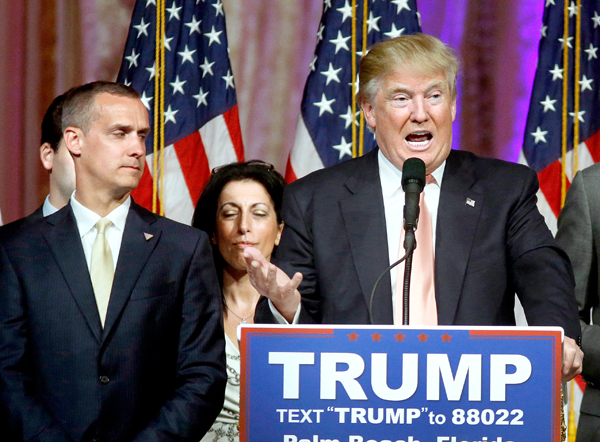 We have been pushovers for too long when it comes to trade, says Donald Trump.

In a speech in Pennsylvania this week, he said: “When subsidized foreign steel is dumped into our markets, threatening our factories, the politicians do nothing. For years, they watched on the sidelines as our jobs vanished and our communities were plunged into depression-level unemployment.” He did, however, put in a kind word for the tariffs the Reagan administration imposed in the 1980s to protect U.S. semiconductor and motorcycle industries.

Trump’s history is wrong. Far from doing nothing, politicians have adopted measures to protect American steelmakers from foreign competition during the Johnson, Nixon, Carter, Reagan and George W. Bush administrations. Our actual practice has been to work toward a world with lower trade barriers while also offering protection for specific industries, in response to import surges and political outcries. Trump would break from that history while ignoring one of its lessons: the protection we have offered has been expensive and achieved little.

Trump would change our traditional policies in four ways. He promises to make more aggressive use of existing trade laws that authorize protection from imports. He says he will revisit trade agreements we have on the books. He would make only bilateral deals, not multilateral ones.

And he does not view liberalizing trade overall as a goal.

It’s a different approach from the one taken by recent leaders from Ronald Reagan to Barack Obama. Reagan imposed trade barriers on occasion — but he also vetoed protectionist legislation, oversaw negotiations to lower trade barriers around the globe, and started the process of creating the North American Free Trade Agreement, which Trump reviles. Obama imposed tariffs to help the tire industry but also concluded some bilateral free-trade deals — Trump thinks they’re bad ones — and pushed for new multilateral ones like the Trans-Pacific Partnership.

The most successful protectionist policy of recent decades is generally considered to be the rescue of Harley-Davidson. Tariffs in the 1980s seem to have given the company time to turn itself around (although just how important the tariffs were is still the subject of dispute). Automakers benefited from protectionism at that time, too, raising their prices and profits. But they didn’t use the opportunity to reform. The semiconductor protectionism of the period was controversial because of its effects on industries that used semiconductors: They complained that for them protection meant shortages, higher costs, and lost sales and jobs. Unintended harm to American companies is a recurring problem with tariffs, even those meant to protect American jobs from competition that our government deems unfair. After Bush imposed steel tariffs, steel-consuming industries pointed out that they employed far more Americans than the steel industry itself, and argued that the net effect of the policy on jobs was negative.

Anti-dumping laws, which put tariffs on foreign imports that are supposedly being sold at too low a price, usually target intermediate goods and therefore make the downstream American producers that use them less competitive. Daniel Ikenson, a trade-policy analyst at the Cato Institute, notes that the government, perversely, is forbidden by law from considering the impact of tariffs on these producers before levying the tariffs.

Then there’s the question of costs. Gary Hufbauer and Sean Lowry, a senior fellow and research associate, respectively, at the Peterson Institute for International Economics, calculated that Obama’s tariffs on Chinese tires cost American consumers at least $900,000 for every job they saved for one year. That’s before taking account of job losses caused by lower spending by consumers on other products and by retaliatory Chinese tariffs. This very high cost per job, they point out, is consistent with research on other instances of trade protection.

In an interview, Hufbauer notes that our efforts to protect industries from competition have typically not resulted in their revival and impose extremely high costs for any jobs they save. “Watching on the sidelines” as jobs are lost does not sound like a very appealing policy. But it might have been better than what our government has actually done, and what Trump would have our government do more of.


*The author, a Bloomberg View columnist, is a senior editor for National Review.