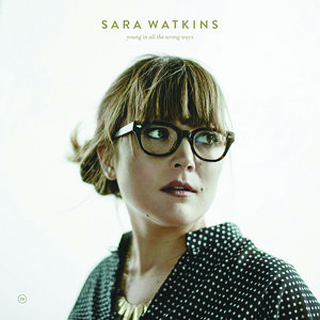 “Young in All the Wrong Ways”


Sara Watkins describes her latest venture as “a breakup album with myself,” but it seems like there might have been someone else involved.

The songs on “Young in All the Wrong Ways” have bite to them. There is anger and shouting here, a jarring departure from Watkins’ older work.

Watkins explains that she’s branching out, leaving old patterns and relationships behind.

She arrived on the scene with Nickel Creek, the Grammy-winning trio she formed with her brother, Sean Watkins, and Chris Thile. They may not have invented the idea of flavoring bluegrass music with pop sensibilities, but they certainly ran with it. Still, if there was a knock on Nickel Creek it was that they had too much polish.

Watkins is at her best, both as a singer and songwriter, on the ballads, especially “Like New Year’s Day” Neither song has the buttoned-down feel that sometimes held Nickel Creek back.

The angry songs certainly lack that feel as well, but there are more promising rewards here for Watkins’ adventurousness - and proof that she doesn’t have to shout to be heard. AP