Why the coffers are full

Why the coffers are full 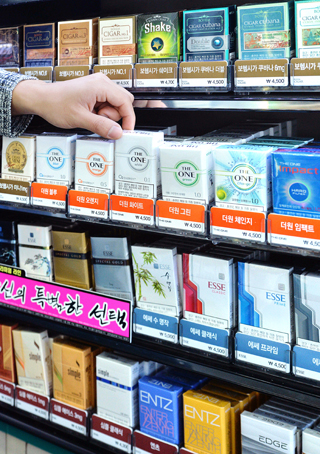 Tax collections have been surprisingly smooth this year, despite little sign of recovery in the economy and plenty of signs of stagnant incomes. Such a phenomenon is not necessarily good news. It could suggest that authorities have squeezed out whatever they can from taxpayers, aggravating their already tough lives.

When the economy grew below its potential pace of 3 percent between 2012 and 2014, tax revenues hovered below the targets for three years in a row. Although economic growth was still lackluster at 2.6 percent in 2015, tax revenues exceeded the target by 2.2 trillion won ($1.9 billion). The lion’s share, or 1.7 trillion won, came from a hike in tobacco prices.

Income tax revenues also rose by 1.7 trillion won due to an increase in the number of eligible taxpayers, according to the government.

The data hardly presents a picture of a country in a structural slowdown facing challenges from a thinning working population and corporate restructuring. It goes against the grim picture of a job market with youth unemployment at a record high and people relying on cheap temporary jobs to make a living. Real household income grew a mere 1.6 percent last year.

The real reason behind the tax revenue growth was a change in the tax code. Because various year-end deductions for salary-earners were scrapped, income taxes rose sharply. The government lowered the top-income bracket, subject to the maximum tax rate of 38 percent, to earners of more than 150 million won from 300 million won, which translated into bigger tax bills for taxpayers and greater revenue from income taxes.

The effect of the revised tax code worked even greater magic this year. Tax collections in the first five months surged by 19 trillion won from the same period a year ago, much more than the jump of 2.2 trillion won in 2015. That is enough to build two airports. Income taxes rose 5.6 trillion won and corporate taxes 5.5 trillion won. Tax revenues were not that big even when the economy did very well.

The government proudly said it does not need to issue new debt to create a 10 trillion won supplementary budget. Tax authorities claim that rationalization in their administrative work — such as streamlining tax reporting systems — helped. But this cannot fully explain the extraordinary phenomenon. The tax code may have been changed to squeeze more out of individuals and corporations. Taxpayers must be paying beyond their ability.

The opposition Minjoo Party of Korea has proposed hiking the maximum corporate tax rate to 25 percent from 22 percent. But the government gets enough from companies already. By adjusting deductions and exemptions for various incentives that mostly benefit large companies, revenue from corporate taxes will keep rising. A hike in the tax rate during an economic slowdown would be too much for companies.

More worrying is the income tax on individuals. The income tax paid by salary-earners and self-employed individuals has been increasing fast. Their share against the gross domestic product shot up to 2.6 percent in 2015 from 1.7 percent in 2011. They have become the prime targets for tax scrutiny as their earnings are easy to track down. Increasing income tax is not right. The government would have to consider whether to extend the tax exemption on credit card expenditures for salary-earners. It must not scrap the benefit that would end by the year-end. Instead of increasing income taxes, it must think of upping the tax on properties.

Taxation must be kept at reasonable level. It must not be too high or low. If collections are insufficient, public finances will be damaged. If collections are excessive, tax money could go to exorbitant public spending. It is okay if the extra money is spent to encourage people to have more children and create jobs. But judging from what we have seen, that is not how it is going to go.

A higher tax burden would only dampen consumer and corporate sentiment. During times of slowdown and recession, taxes should be eased. This is no time for the government to congratulate itself for collecting taxes beyond its target.


*The author is acting editor-in-chief of the JoongAng Ilbo.