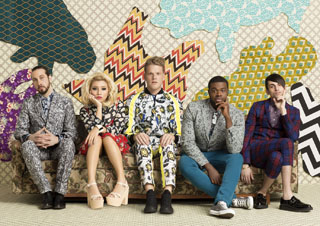 September 27: Pentatonix is an a capella group based in Texas, United States. The harmonious sounds created by the five members led to the group winning the American T.V. audition program “The Sing-Off,” which first put them in the public eye. They followed up with a Grammy Award in 2016 for “Best Arrangement.”

The group will come to Korea in September as part of their world tour.

Aug. 28: Soprano Jo Su-mi marks her 30th anniversary as an opera singer. Jo, who debuted in 1986 as Gilda for the opera “Rigoletto,” will perform with pianist Jeff Cohen. The coloratura soprano has won various international prizes since graduating from the Accademia Nazionale di Santa Cecilia in Rome.

She will sing “Caro Nome” from the opera “Rigoletto,” the song that she first used to wow European audiences. Other famous pieces like “The Doll Song,” “I Dreamt I Dwelt in Marble Halls” and “Concerto pour Une Voix” will also be performed.

Since winning the Georg Solti International Conductors Competition in 2005, Sung has been making strides in her musical career. She was the first-ever female assistant conductor at the Boston Symphony Orchestra and was an assistant director at the Seoul Philharmonic Orchestra.

This performance at the Seoul Arts Center will also feature violist Esther Yoo.