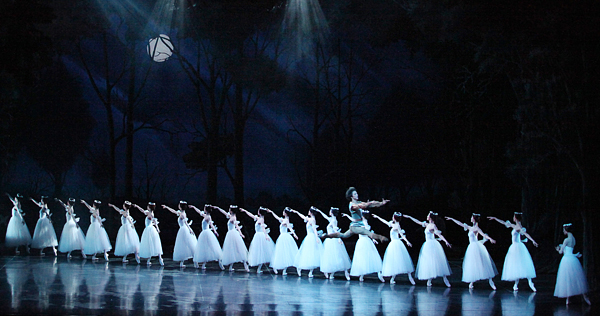 The Universal Ballet will perform Giselle, the representative Romantic ballet, in August with a cast that includes Hwang Hye-min, Hong Hyang-gi and others. See THEATER, below. [KIM GYUNG-JIN]

August 12 to 14: Giselle, a poignant love story of a peasant girl, has been a beloved Romantic ballet since its premiere in 1841 at Paris.

It is a story of an innocent girl who lived in a small village in the medieval period. She falls in love with Albrecht, who she soon discovers lured her despite being betrothed to another women. Giselle dies of shock and becomes one of the “willies,” or the ghosts that haunt the nearby graveyard. But when the queen of the willies demands she kill Albrecht, she forgives him instead. 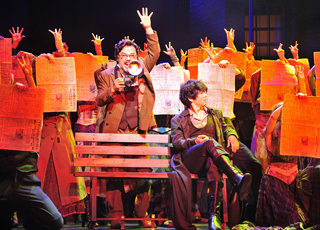 Sept. 2 to Nov. 13: The hit Broadway musical returns after its successful Korean premiere in 2014. This humorous show tells the story of Charlie Price, who has to rejuvenate a shoe factory he inherited from his father. He targets a niche market: high heels for men.

To Aug. 7: This musical recreates the life of Wolfgang Amadeus Mozart. Even though he could have lived a successful and stable life in Salzburg, Austria, with the support of his father, he chose to instead pursue freedom and his musical dreams by leaving the city.

“Mozart!” premiered in 2010, and it returns with Cho Kyu-hyun from K-pop boy group Super Junior in the lead role.

The original creators of the French musical participated in the Korean production. The cast includes actors Hong Kwang-ho and Michael Lee, and singers K-Will and Chung Dong-ha.

July 12 to Aug. 28: The blockbuster Broadway musical “Wicked” is coming to Korea with an exciting cast.

Cha Ji-yeon and Park Hye-na will play Elphaba, while Jung Sun-ah and Ivy will play Glinda. The four divas will be sure to make the show extra special.

The musical gained a strong following after its premiere in Korea in 2012 and an 11-month run in 2013. This year, the musical is also going to Daegu for five weeks.

Performances starts at 8 p.m. on weekdays; and 2 p.m. and 7 p.m. on weekends and holidays.

July 15 to Oct. 9: This musical is based on the notorious serial killer who was active in London’s Whitechapel area in the late 19th century.

Originally a Czech musical, it has been adapted for Korean audiences with new details and choreography.

The upcoming show will star Ryu Jung-han, Um Ki-joon and Kai as Daniel, one of the lead roles.