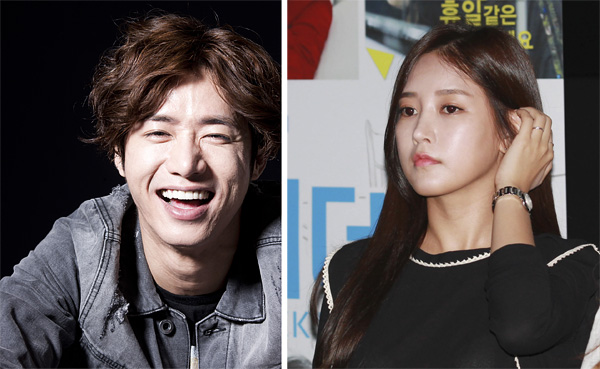 Singer-actor Oh Jong-hyuk, a member of the first generation K-pop band Click-B, and Soyeon from female group T-ARA, have broken up after dating for nearly six years, according to the local media outlet TV Report on Tuesday.

The two reportedly have agreed to remain friends, and many have assumed that their busy schedules are behind the split.

While Oh is currently working as a singer and a musical theater actor, Soyeon is performing in musicals abroad in countries like Japan and China.

The two have reportedly told their friends and acquaintances that they are no longer a couple, but have yet to make an official announcement.

The female singer is widely known to have been a huge fan of Oh before entering the entertainment industry.

The two started dating in December 2010, but their relationship was only made public in September 2013.