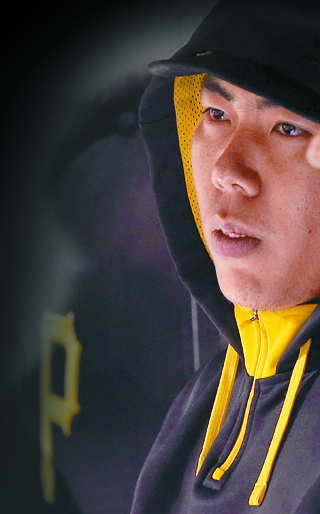 Pittsburgh Pirates infielder Kang Jung-ho is under investigation by the Chicago police for a sexual assault claim, according to the Chicago Tribune. The incident allegedly took place on June 17 when the team was in town for an away game against the Chicago Cubs.

The Korean met a 23-year-old woman, whose identity isn’t being released, via Bumble according to the Chicago police. Bumble is a location-based dating application that allows women to initiate conversation with men. The two met in Kang’s hotel room at the Westin Hotel on the Magnificent Mile, an upscale section of Chicago, on the evening of June 17 after the Pirates lost to the Cubs.

She visited Northwestern Memorial Hospital for a checkup and had a rape kit done two days after the alleged incident. Ten days later, she filed a complaint with the police, according to the Chicago newspaper.

No criminal charges have been filed for Kang who remains as a potential suspect for the case. According to the police, the investigation is focused around Kang since he was named as an offender by the victim.

Kang has yet to comment about the matter, while the team released a statement on Wednesday.

“We have been made aware of the allegation that has been made against Jung Ho Kang,” Pirates president Frank Coonelly said in the statement. “We take allegations of this type extremely seriously. Pursuant to the Joint MLB/MLBPA (Major League Baseball and the Major League Baseball Players Association) Policy on such matters, this matter is exclusively before the Commissioner’s Office at this time. We have and will continue to cooperate fully with the Commissioner’s Office.

“As a result of the ongoing police investigation, we cannot comment further at this time,” Coonelly added in the statement. “We have also advised our staff and our players that they should not comment on the matter either. We all need to be respectful to the police investigation of a very serious allegation.”

The MLB has established a new policy last August regarding sexual assault and domestic violence. This new policy authorizes the MLB Commissioner’s Office to investigate any allegations regarding these matters and can impose disciplinary measure it deems necessary even if no charges are filed. There is no restriction as to the severity of discipline that the office can impose to the players.

New York Yankees pitcher Aroldis Chapman was one of the first players who was penalized in accordance with the new policy. While playing for the Cincinnati Reds last October, Chapman allegedly shoved and choked his girlfriend at his house. Although U.S. prosecutors dropped the case for lack of evidence, the Commissioner’s Office was firm in its stance and punished him with a 30-game suspension in March.

In May this year, Atlanta Braves’ Hector Olivera received an 82-game suspension when he was charged with physical assault and battery of a woman.

Getting kicked off of the Pirates could be possible, given the precedent with Reyes. Also, Kang could receive similar or even heavier punishment by the MLB Commissioner’s Office, since this is the first case of alleged sexual assault after the policy was instituted. Halfway into the season already, a suspension by the Commissioner’s Office as severe as Olivera may even put Kang out of the season.

Illinois state law on sexual assault is strict, categorizing criminal sexual assault as a Class 1 Felony. For a first conviction, a culprit may be punished with four to 15 years mandatory incarceration.

Mired in controversy, Kang was excluded from the Pirates starting lineup against the St. Louis Cardinals on Wednesday, although he eventually came in the game as a pinch hitter.

At the top of the ninth with one out, Kang smacked a single on a sharp ground ball to go 1-for-1 for the day. The Pirates defeated the Cardinals 7-2. As of Wednesday, Kang is batting .250 with 11 home runs and 28 runs batted in.