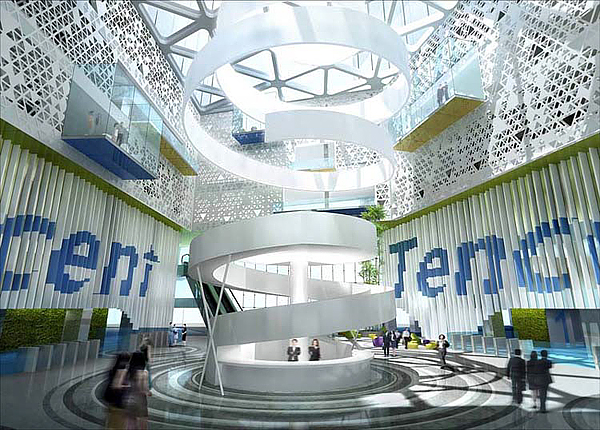 The lobby of the headquarters in Shenzhen of Tencent, one of China’s largest and most used Internet service portals.

When Chinese internet giant Tencent acquired the Finnish video game developer Supercell last month for $8.6 billion, it became the world’s dominant publisher and distributor in the $100 billion gaming market. It was a blockbuster deal: No other Chinese entertainment company in any field — television, film, books — has ever come close to such a dominating position.

Yet the most lasting consequence of the acquisition might not have much to do with economics. It might instead be cultural.

The Chinese government has spent billions in recent years to subsidize artistic enterprises, with an eye toward wielding “soft power” beyond its borders. It hasn’t been notably successful. But China’s video game industry — as of last year, the world’s biggest — is on the verge of becoming one of its most valuable cultural exports. It just might succeed where so much Chinese entertainment has failed in the past.

Although the most popular PC games in China have generally been imports that publishers like Tencent have adapted for local audiences, games based on traditional Chinese themes and epics, such as “Journey to the West,” remain popular and continue to evolve in interesting ways. Unlike film and television producers, moreover, Chinese game studios have largely avoided censorship fights (there’s not much to censor in a battle between orcs and humans).

This has given them a degree of creative freedom that other art forms don’t always enjoy. A multiplayer battle game called “300 Heroes,” for example, is stocked with copyrighted characters like Shrek (whose weapon of choice is a projectile donkey) along with figures from classical Chinese epics. The result is a hilarious gaming analog to copyright-testing musical mashups — as well as a subtle bit of subversion in a country where censors frown on lampooning traditional culture.

Thus far, Chinese game makers have mostly focused on the rapidly growing domestic market and ignored overseas audiences. But with that superfast growth coming to an end, they’ll need to look abroad if they want to expand their market share. And that’s where things get interesting.

With the acquisition of Supercell, the world’s most popular developer of mobile games, Tencent will control about 13 percent of the global gaming industry. The plan is for Supercell — which already has 100 million daily players — to put its titles in front of the 300 million gamers who use Tencent’s products. Tencent’s expansive social media platforms, in turn, should offer new opportunities for interactive play in Supercell games.

But that’s not all. Bloomberg News recently speculated that Tencent might try pushing some of Supercell’s globally popular game characters into movie theaters, creating a vertically integrated, video-game-based Disney for the 21st century. It could do the same with its own creations, such as the sexed-up anime characters who battle robots for control of the planet in Tencent’s forthcoming “Name of the Nature” game. There’s already a good model for this: A few weeks ago, “Warcraft,” the cinematic spinoff of a PC game, enjoyed a $157 million opening weekend — the biggest opener in Chinese box office history, and the biggest video game movie ever.

Of course, the general failure of Chinese films, television and musical acts to catch on overseas doesn’t offer much reason for optimism. But video games, unlike TV shows, are easily adapted for foreign audiences. And Tencent — which has been collaborating with the world’s top game developers for years — knows how to do it as well as anyone. WeFire, the company’s new first-person shooter game, is already a hit in South Korea and Taiwan, and is now being tailored for a big push in the Americas.

Meanwhile, just as Disney profits from sports via its ownership of ESPN, Tencent is prospering from the soaring popularity of online gaming competitions. Some 36 million people streamed the Tencent-owned League of Legends World Championships between two South Korean teams last year.

It’s too early to say just how Chinese video games will affect global culture. That would be like trying to predict the impact of Disney in the 1920s, or Marvel Comics in the 1940s. It’s possible that Chinese epics might yet become globally popular. But it’s more likely that game makers will export contemporary Chinese values and concerns — including ambivalence about the advance of technology (a key concern of “Name of the Nature”), fear for the ecological future and a Kardashian-like embrace of materialism in its gaudiest forms. China’s e-sports competitors, already famous in East Asia, could become icons for frustrated desk jockeys worldwide.

In other words, the reset button is being pressed on global culture. And it’s China’s turn to play.