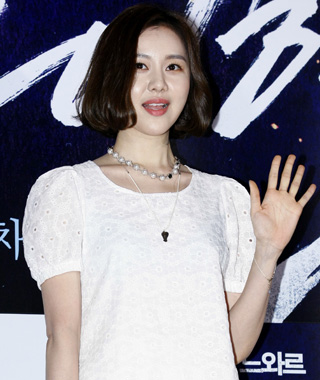 Kim will play Jang Ju-hee, a young woman who works as a weather forecaster. Despite her age, Jang has ambitions of advancing higher in her career than simply telling the weather.

Kim will be working alongside actress Kong Hyo-jin and actor Jo Jung-suk in the upcoming romantic comedy, which revolves around the fierce competition among news reporters, anchors and weathercasters at a broadcasting station.

The series is scheduled to air next month.

In addition to the drama, Kim has been busily working on both film projects and a musical.

She is featured in the musical “Jack the Ripper” and is also expected to release a new movie tentatively titled “Take Off 2” in August. In the film, she plays a minor role as a former figure skater.