Yoo Jae-suk gets own wax figure at Grevin

Yoo Jae-suk gets own wax figure at Grevin 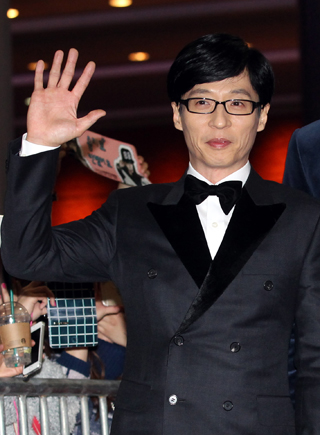 Entertainer Yoo Jae-suk will be featured in wax at the Grevin Museum in Euljiro, central Seoul, to celebrate its first anniversary in Korea, the museum said Wednesday.

Grevin Museum, which was first established in Paris in 1882, opened a Seoul branch in July 2015. The museum recreates influential celebrities in wax and displays them.

Every member of Grevin Academy reportedly agreed on selecting Yoo. The group includes culture professionals like critics, reporters and artists, and it decides who ought to be made into a wax figure based on how much influence a celebrity has or is expected to have in the near future.

The 42-year-old entertainer will become the first comedian featured in the museum. In order to accurately recreate Yoo, a team from the Grevin Museum in Paris came to Korea and measured the celebrity on June 29. The team consists of 15 artists who will spend around six months working on the project.

Yoo is a highly popular entertainer in Korea and has hosted scores of entertainment programs. Some of his most popular include MBC’s flagship “Infinite Challenge” and SBS’s “Running Man.”