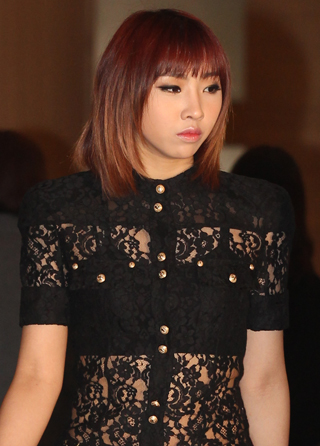 Minzy, a former member of the girl group 2NE1, announced her first fan meet-up on Thursday after leaving the group in May.

Although the specific date and location have not yet been specified, the event is expected to take place in late July or early August at the latest.

“Minzy will spend meaningful time with her fans who have shown continuous love towards her even after leaving 2NE1,” a source said.

“Even though the scale of the event may not be big, the singer will prepare numerous performances for her followers.”

The 22-year-old also left her label, YG Entertainment, when she departed from the group. She moved to Music Works, which also represents the singer Baek Ji-young.

Minzy is reportedly preparing her first solo release for the latter part of this year. She has been offered several songs and is currently mulling over which ones to choose.