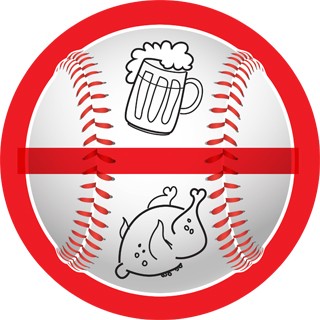 Although Korea is globally famous for its chimaek culture, the word combining chicken and maekju, or beer, delivering beverages with food has been illegal. Markets have customarily delivered small amounts of beer, arguing that the stipulations in the law were unclear.

According to the announcement, supermarkets and retailers will be allowed to deliver such beverages to consumers just like other normal goods through their delivery services.

Restaurants including chicken franchisers that have been allowed to sell alcohol at their shops will be able to deliver alcoholic beverages only with food. Delivery of alcoholic beverages has been banned due to the possibility of resales to consumers or other diners.

“The regulations on alcoholic beverages that are not reflecting reality and causing inconvenience need to be radically revised, while alcohol that is sensitively linked to tax collection should be more strictly controlled,” the agency said in a statement.

Currently, alcoholic beverages are allowed to be sold face-to-face at places that have earned licenses from the government. The NTS decided to expand the scope of the license to baseball stadiums and outdoor events to ease consumer convenience.

The previously banned “Beer Boys” now will be able to sell beer legally at baseball stadiums and chimaek festivals at open areas on the Han River.

In an effort to curb excessive drinking at games, the Korean Baseball Organization this year eliminated the selling of alcohol by “Beer Boys,” sellers who walked around the stadium with portable keys to deliver drafts to fans.

Besides sports fans, the news was celebrated by the beer industry and chicken franchises.

“Some sales improvements are expected as our consumers will be pleased to hear the news,” said Kwak Seong-kwon, manager at BBQ, the largest chicken franchiser in the country. “As for beer orders by underage consumers, we will have to tighten age checks both online and offline.”

“Baseball fans have had discontent over the banned Beer Boy,” said Kim Jong-wook, assistant manager at LG Twins. “It is welcoming news for our fans though belated.”

Still, orders and delivery of wine and whiskey will be banned, except for Korean traditional alcohol. The government said online sales of traditional alcohol will be expanded on Kmall24, a shopping site run by Korea International Trade Association, and on other online malls operated by public institutions to boost exports and sales of the products.