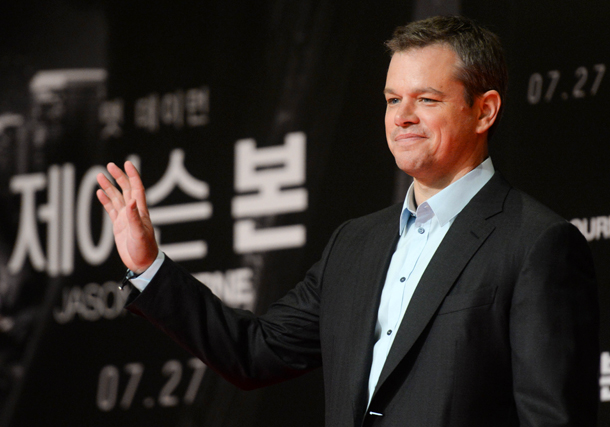 Co-star Alicia Vikander, was also at the event.

“I really love Jason Bourne,” said Damon, 46, who added that his age made it tough for him to do all the running and chasing in this most recent film.

In the latest flick, Bourne is once again fighting to uncover the truth about his past.

After the press event, Damon and Vikander met with Korean fans in Yeongdeungpo, western Seoul.

As part of the promotion efforts for the film, the actor will also appear in the local daily news program “Newsroom” on JTBC. The show featuring Damon will air Monday at 7:55 p.m.

Damon is one of many Hollywood stars who have recently promoted their films in the Korean market, a sign of its recent growth.

When actor Jack Black visited Seoul earlier this year to promote “Kung Fu Panda 3,” he said Korea is the third-largest film market in the world.
During his press event, Damon also described Korea as one of the world’s five most-important film markets.

“Jason Bourne” will be released nationwide on July 27, two days earlier than its release in the North America.