Dreams of a 100-year-old party

Dreams of a 100-year-old party 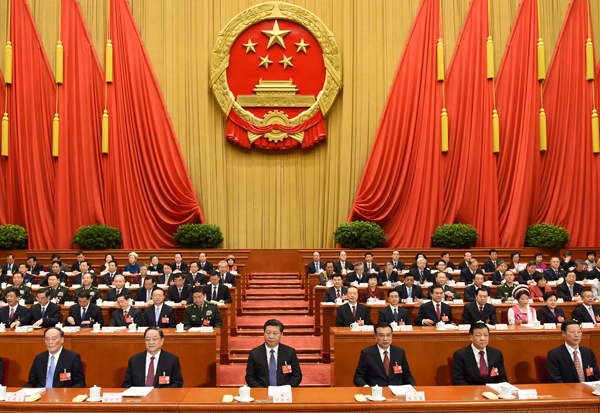 “We have a long way to go, but I will use all my power to explore.” Qu Yuan, a poet in the State of Chu (?∼BC 223), pledged not to forget the original resolution and seek truth. General Secretary of the Communist Party of China Xi Jinping cited a phrase from Li Sao at the ceremony commemorating the 95th anniversary of the party on July 1. Xi gave an 80-minute, 12,000-word address and garnered applauds 34 times. The attendees clapped for 18 seconds when he said, “Other countries should not expect us to trade away our core.”

The Communist Party of China (CPC) was founded on July 23, 1921 in Shanghai, when 13 delegates representing 57 members of the party gathered. The meeting was interrupted when they were discovered by the French Concession police. They escaped to South Lake in Jiaxing and completed the founding process on a boat. Since the date was not clear, they set July 1 as the founding date. Five years before a centennial, CPC has become the world’s largest ruling party with 88.76 million members.

Xi cited from Romance of the Three Kingdoms, “The mirror reflects the self, in the same way that history reflects the present.” He comforted the public sentiment by saying, “Talented people should be widely used to attain accomplishments” and “When you win people, you win the nation. When you lose the people, you lose the nation.” He urged the party organization with a phrase from The Analects, “How can you correct other people when you are not right?”

Xi is confident of China’s political system. “It is up to Chinese people’s judgment whether China’s socialism is good or not, and we shouldn’t be influenced by subjective speculation of others.” Last year, he visited Zunyi, Guizhou province, and said, “I can see whether a policy is good or bad from the smiles and tears of the locals. When people smile, the policy is working. If someone is crying, it needs to be changed and improved.” He assured that china would explore a better social system for the humanity and propose China’s plan.

The Communist Party of China rejects democracy of finding administrative legitimacy from election. It argues that democracy is vulnerable to populism. Instead, China pursues meritocracy, where the competent leaders rule. China also opposes the division of powers based on checks and balance under the premise that power would become corrupt. Yet, Xi said that the biggest threat to the Communist Party was corruption and pledged to make sure officials won’t commit or even dream of committing corruption.

He also talked about the society after “xiaokang,” the moderately prosperous society for all Chinese people. He said that it was a “great ideal of communism” and implied a greater community beyond the middle class. China’s dream of a 100-year-old political party is an experiment of human history in search for a better political system. Buddhism came from India and turned into a Chinese form over several centuries. We need to observe the experiment of our neighbor without prejudice.