A life that proves the power of speech

A life that proves the power of speech 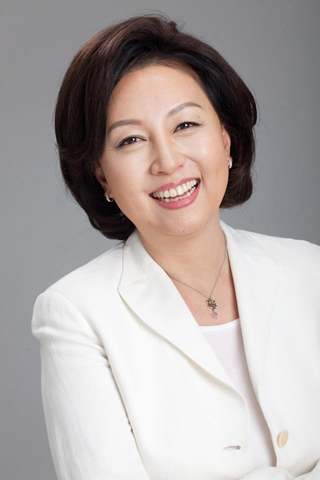 Former news anchor Shin Eun-kyung says in a new book that speech is powerful - and can change your life.

Entitled “Shin Eun-kyung’s Cha Cha Cha,” which is an abbreviation for “Challenge Chance Change,” the book describes how a person can find new opportunities in life by changing the way we speak.

Shin knows the power of speech after a three decade career as a news anchor and college professor. She is also married to a politician, former lawmaker Park Sung-vum.

For 11 years she read the news every night on KBS’s 9 p.m. broadcast. She taught politics at Kookmin University, and specialized in public relations at CHA University. She also served as dean of CHA’s global management graduate school.

In March, Shin was named chairwoman of the Korea Youth Work Agency, a quasi-government agency under the Ministry of Gender Equality and Family that runs youth related programs including youth camps.

“I have been preparing over a year to show people how words can either make our lives more rich or poor,” Shin said. “When you speak positively, that positive attitude is planted in our hearts and starts to grow within.”

Shin remembers how the complements she received from high school teachers about how well she read books aloud. They said she sounded like a news anchor. Those complements planted the seed of her ambition to go into broadcasting.

As a journalist, she was hosting a radio show and a guest who had just graduated from college addressed her as “Professor Shin.” That single moment gave her the courage to earn her doctorate.

Recently Shin has been proselytizing to the young generation about the power of positive thinking.

Last month, the Korea Youth Work Agency kicked off a campaign targeted at teenagers called “GomawoYO.” Gomawo is the casual form of the phrase “thank you” in Korean. The “yo” is the hip English salutation.

The campaign encourages Korean youth to send out messages of appreciation to three people every day through a GomawoYO app or old-fashioned thank you notes.

Shin said anyone can be a specialist in communication if they just recognize the power of common phrases like “I’m sorry” or “it’s fine.”

“When you have restless children, try visiting your neighbor downstairs and tell them, “I know you’re disturbed by the children making noise upstairs? I’m very sorry,” Shin said. “Then the other person will say words of generous forgiveness.”