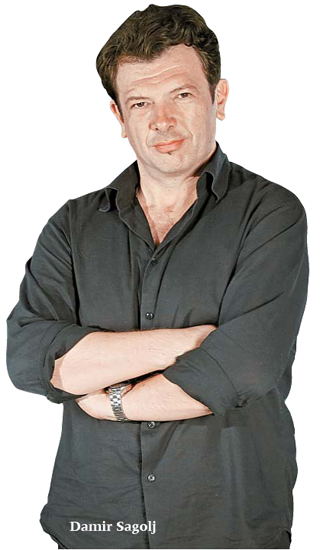 Damir Sagolj, a Bosnian photojournalist forReuters, has covered humanity at moments of both joy and sadness.

He has largely focused on conflicts in the Middle East, Europe and Asia, but he has also turned his lens on Olympics games and World Cups.

Sagolj won a World Press Photo Award for Daily Life in 2012 for his reports on hunger crises in North Korea and was nominated for Pulitzer Prize in 2004 for a picture he took in Iraq.

Sagolj spoke about his life and his concerns as a photojournalist at a roundtable interview in Seoul. The following excerpts have been edited for clarity and length.

Q. How did you start your career as a photojournalist?

A. I’ve been at Reuters for 20 years now. I started as a photographer in Bosnia after the war ended in 1996. And that war had shaped greatly not only my career but also my life.

My original profession is power engineering, [but] my father was a journalist all his life so I had some basic knowledge in photography. I lost my previous profession [with the eruption of the war]. My first 15 years focused mostly on conflicts, wars and some civil disturbances among other things. I covered all the conflicts in Europe in the 1990s and then everything in the Middle East in the ’00s before [the attacks on Sept. 11, 2001]. I am now in Beijing, China.

What do you think distinguishes Reuters from other news agencies?

We really care about the ethics of our reports, that what we deliver is a very accurate and fair representation of the reality that our clients really appreciate.

We never deliver something that is visually attractive but not relevant and fair in order to please the audience. We will only deliver fair and accurate news - it is a good strategy in the long-term and the only way we can work.

We have to make sure that the reality we see has not been set up or manipulated before we take the picture of it. So this is the question that we ask every time we take pictures. But by following the strict and very simple rule - to become accurate and fair - we have no problems.

We don’t enhance the reality and [digitally] improve the pictures to make it more dramatic or beautiful. We just present the reality the way it is.

If someone is in danger or needs care while photojournalists are taking pictures, how should they react?

Everybody has those situations. There’s no strict rule or something that’s written in a book saying how to react to the situation.

My rule is that if I’m the only person that can help, I’d help him or her. If there are other people next to me to help, especially professionals, I would take pictures.

Second, you don’t have to take minutes for taking a picture. Five seconds is enough so doing both is possible. But there is nothing more valuable than a human life. So no matter what your profession is, of course you should help.