A republic of resentment

A republic of resentment 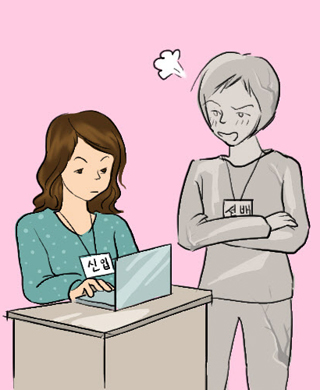 The noise between floors must have been the problem. Over two months, a 34-year-old man secretly purchased a camera, installed it in front of the victims’ house, found out the front door passcode and bided his time. He wielded a weapon on the elderly couple living upstairs.

He told the police the motive for his crime. “I protested two times, but nothing changed. They seemed to look down on me.” He planned the crime as he felt the couple wrongfully ignored his protest. His unemployed status also contributed to his grudge that he was not being respected.

We are increasingly hearing being disrespected as a crime motive. The assailant of the Gangnam Station murder in May said that women disrespected him, and a worker at a construction company in Daegu killed his boss and said that the victim didn’t give him a raise and looked down on him. Seoul National University Hospital Healthcare System Gangnam Center’s professor of psychiatry Yun Tae-hyeon said that a sense of resentment is an emotion that people find hardest to endure.

When the blade of the emotion goes to others, one may commit a murder. If the blade is turned to self, it becomes a suicide. Recently, a 33-year-old prosecutor killed himself when he thought the orders of his boss were unfair and he was being wrongfully accused. In Korea, people kill and are killed because of resentment and dejection.

So many people feel they are not being treated fairly. The conservatives, the progressives, the young, the old, the men and women feel things are unfair for their own reasons. At an event hosted by a conservative group, a woman in her 60s said that the conservatives were being persecuted, and other attendees applauded when she urged them to do something about it. Right next to this event, the families of the Sewol ferry victims were gathered, calling for an extension of the special investigation committee’s activity. All members of the society have their own reasons. This is a republic of resentment.

A website, Eogul.com, is a place where people can vent their resentments. Run by a media company, the site is full of stories of frustration and unfairness. “I am a man in 30s, making 42 million won a year, and my girlfriend left me as she saw no future in me.” “I am upset because of an old man using impolite language just because I am young.”

But this resentment and frustration eats away our own souls. What’s the solution? Frankly, I have no clue. I am frustrated as no clear solution can be found from politics or any other parts of the society.


*The author is a political and international news reporter of the JoongAng Ilbo.