Thaad a boon for Kim Jong-un

Thaad a boon for Kim Jong-un 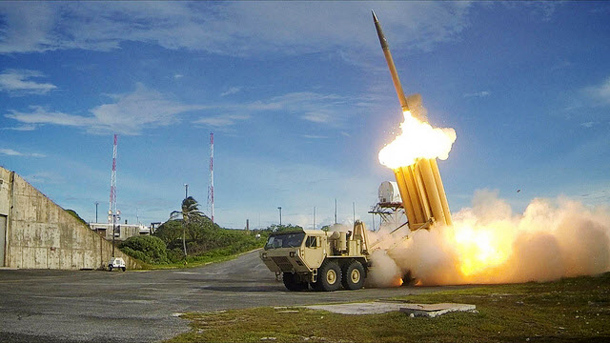 The deployment of the Terminal High Altitude Area Defense (Thaad) system in South Korea is a favorable factor for North Korean leader Kim Jong-un. Kim has captured the perfect chance to tie the opposition of China with the dissatisfaction of Russia, which have grown uncomfortable with the United States after the Ukraine crisis. North Korea can now share the mutual goal of militarily countering the United States together with China and Russia as well as a need for a “joint reaction.”

For China, a long-term — and more serious — threat in Northeast Asia is not North Korea, but the United States. The Chinese government and most Chinese people do not perceive North Korea as an enemy, unlike South Korea, the United States and Japan. Beijing still considers Pyongyang a neighbor. So the Thaad deployment has provided an external environment to allow the North and China to get closer. If Russia joins them, the situation may return to tensions similar to the time before Seoul’s establishment of diplomatic ties with Moscow and Beijing in the 1990s.

Kim can now openly demand economic assistance from China and Russia. The UN Security Council Resolution 2270 excludes assistance related to the livelihoods of the North Korean people. Kim is expected to take advantage of the loophole. China and Russia will make a point of expressing their anger. China and Russia could also help North Korea financially simply by not actively cracking down on smuggling around the border. Let’s look at the cost of rice in the North since the sanctions in March. In Pyongyang, 1 kilogram (2.2 pounds) of rice was sold at 5,150 North Korean won ($5.72) in March and 5,120 won in April. In other words, the price of rice didn’t rise as expected despite the sanctions. That shows the power of smuggling.

What’s more concerning than economic assistance by China and Russia is military assistance. North Korea seems to have nearly completed its nuclear weapons development. When the Soviet Union was falling, North Korea was eager to bring in Soviet scientists. There are analyses that the North’s nuclear weapons and missiles development was faster than expected because of this. If Beijing and Moscow expand their indirect military assistance to the North, its modernization of conventional weapons could gain speed.

The Korean government must have decided to have the Thaad system deployed after contemplation.

But it is regrettable that it should have been the last resort. Before we take this path, we should ask ourselves if we should make more efforts for the denuclearization of the North. You cannot wait to catch a tiger alive by waiting in front of the den with a gun. You can catch it faster when you put out an attractive bait. It would be wiser to draft a realistic roadmap for denuclearization.