Coca-Cola gets in on the game­

Coca-Cola gets in on the game­ 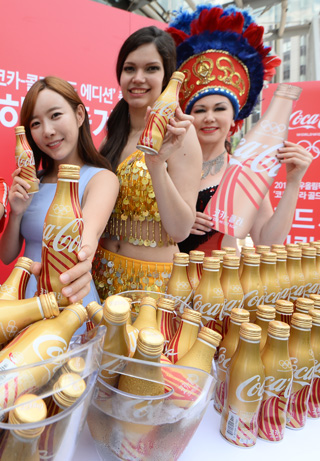 Models hold Coca-Cola “Gold edition” bottles in front of the Ilmin Museum of Art, central Seoul, on Monday. The product commemorates this year’s Summer Olympics to be held in Rio de Janeiro. Coke, the official sponsor of the Olympics, held this event as part of the “Gold Summer” campaign to inspire both the Korean national team and consumers. [NEWSIS]