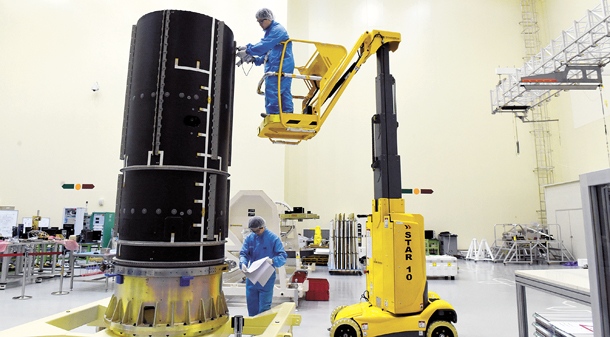 Researchers at Korea Aerospace Research Institute test its Chollian-2 satellite this month at its facility. The Korean government has invested 720 billion won ($626.8 million) to develop the second generation of the satellite and finished designing it in May. Currently, there are two separate satellites schedule for launch. Chollian-2A will be used for meteorological observation and is expected to be launched in May 2018. Chollian-2B will be launched in March 2019 and will be the world’s first geostationary orbit used for environmental observation. [NEWSIS]