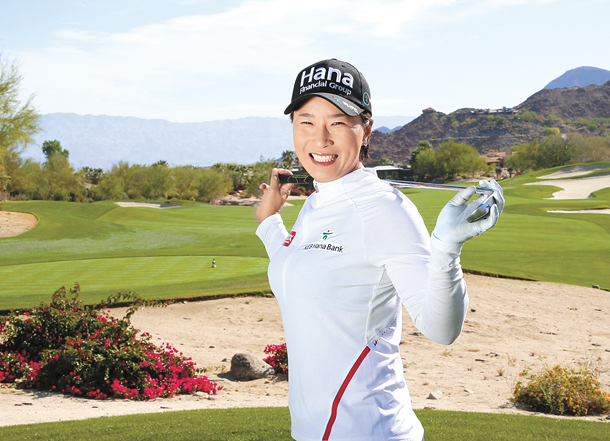 An iconic figure when it comes to golf in Korea, Pak Se-ri left behind a 18-year career at the LPGA after the U.S Women’s Open this past weekend.

Pak, who earned her stardom at the U.S. Women’s Open in 1998, bid farewell to her pro career 18 years later at the same event, when she failed to make the cut after the second round on Saturday.

Pak was in the limelight two decades ago when she inspired Korea, which was undergoing economic turmoil from the 1997 Asian financial crisis, with her performance in the U.S. Women’s Open at Blackwolf Run in Kohler, Wisconsin. Then-rookie Pak took off her shoes and socks to hit a ball on the edge of a water hazard and went on to achieve what was considered impossible - a Korean golfer winning a major U.S. event. The entire nation was touched by her boldness and some say it motivated Korea to push forward to end the economic crisis earlier than expected.

The end to her career was as emotional as the start. After Saturday’s round, Pak was unable to control her emotions and sobbed until compatriots Choi Na-yeon and Ryu So-yeon came to console her. “I am overcome with emotion right now,” said Pak after the day, unable to speak clearly. “I thought I was going to be OK but I was wrong.”

After submitting her scorecard, she was greeted by Karrie Webb, a hall of famer from Australia who Pak spent many years playing alongside. “Webb has been my idol and a good friend,” Pak said. “It is very meaningful that I am being sent off from the LPGA by Webb.”

Pak may show up for the LPGA KEB Hana Bank Championship, set for Korea this October. However, before the U.S. Women’s Open, Pak announced that this was going to be her last LPGA event in the United States.

Pak took part in the U.S. Women’s Open this year through an invitation by the United States Golf Association (USGA), the host of the event. After battling a shoulder injury last season, she had no notable records to speak of, which meant she could not qualify for the major event on her own. Well aware of the situation, the USGA decided invite her. “The U.S. Women’s Open is where my life as a pro golfer really took off so I consider the event more special than any others,” according to Pak. “It means a lot to me that I was able to play my final match in such an event.”

Pak, who was inducted to the LPGA Hall of Fame in 2007 to become the first Korean to achieve the feat, still holds Korean records in number of LPGA wins with 25, including five major championship victories. Although her career as a player is ending, she will begin the new chapter of her life as a golfer as the head coach of the Korean female golf team in August during the Olympics.