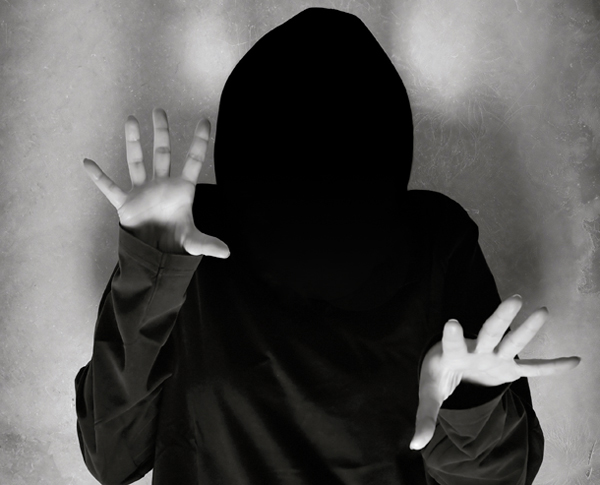 When the weather gets hot, people often seek scares that can send a chill down the spine.

That typically involves a trip to a movie theater, but with Seoul in the throes of a particularly sticky summer, the latest slasher flick may not be enough this time around.

Fortunately, there are spots around the country that take advantage of all five senses to leave even the hardiest of souls shivering.

When this reporter visited the Gwangmyeong Cave in Gwangmyeong, Gyeonggi, early last week, a thick mist poured ominously out of the entrance. It looked almost too real - like something out of a scary movie - but the ticket collector assured that it wasn’t man-made. The cave’s location means it is often blanketed in fog, and last week’s heavy rain had made it particularly dramatic.

The mist was a good indicator of the scares to come at the Horror Zone located at the very end of the cave, but the first chills are quite literal.

According to a person working for the cave, it “naturally maintains a temperature at around 12 degrees Celsiusus (53.6 Fahrenheit).”

It’s also damp, and drops of water can startle visitors as they drop on foreheads.

In order to reach the Horror Zone, visitors walk down hundreds of steps until they reach a house illuminated with red lights. Eerie laughter can be heard.

The house is divided into three rooms, and the experience runs about four minutes - an eternity when considering what happens next.

Visitors are led through the rooms, which are pitch black and filled with a mixture of mannequins and performers dressed similarly. It’s not clear which are which - until the performers jump out and scream.

“I’ve seen some people cry after leaving the house,” said Moon Young-wook, who works in the Horror Zone.

“I’ve seen many kids burst into tears, and lots of guys who claim nothing can scare them say afterwards that it’s a terrifying experience.”

The Horror Zone opened for the first time on July 2 and will run through late August. Tickets for the cave cost 4,000 won ($3.50) for adults, 2,500 won for middle and high school students and 1,500 won for elementary students or younger. Entrance to the Horror Zone costs an additional 3,000 won.

The ghost-themed attractions at the Korean Folk Village in Yongin, Gyeonggi, are well-known among Koreans. Even though they began operating in 2012, the museum has been working to improve facilities to make this the scariest season yet.

When the reporter visited last week, two people dressed in black as “angels of death” stood at the far corner of the Play Village. They helped guide visitors to either the Horror of Ghost Zone, an exhibition based on Korean folk religion, or the Legendary Hometown, a three-minute horror ride.

“People usually stop for the exhibition first and then go for the ride,” said one of the angels of death.

When visitors enter the exhibition, it suddenly goes dark, with only an illuminated sign explaining how Korea’s traditional ghosts came to be. The space is kept at a cool 18 degrees Celsius, but the artificial fog makes it seem much chillier.

Throughout the exhibition, ghosts suddenly appear - either at the touch of a button or when a visitor passes a sensor. They are accompanied by explanations of how they became ghosts, and often cry for someone to avenge their unjust deaths.

One ghost, for example, was a beautiful gisaeng (traditional entertainer) who gained the favor of a nobleman. But the nobleman’s wife became jealous, and set the entertainer’s face on fire in a fit of rage. She died, but continued to haunt womanizers by exposing her own disfigured face.

Next comes the Legendary Hometown, which is based on a famous Korean folktale.

The story takes place in 1608, during the Joseon Dynasty (1392-1910). In the cursed town of Bo-Rit-Su near Hapcheon County, South Gyeongsang, a mother and daughter haunt the townspeople to get revenge against the Choi family, who killed the daughter so their sick son wouldn’t go into the afterlife alone.

It’s helpful to understand the story beforehand, as the ghosts that appear during the ride are all characters from the tale. In the first room, for example, a man lies shrouded in a cloth - presumably the Choi family’s dead son.

After passing the man in white, visitors get on a train that takes them through the cursed village. Women and animals can be heard screaming, and terrifying ghosts appear seemingly at random.

Although the line for the ride is usually short on weekdays, it can take as long as an hour during summer weekends when it’s busiest.

Daehangno: goosebumps in the heart of Seoul

Sangmyung Art Hall in Daehangno, central Seoul, is usually home to small plays and musicals. But since last summer, the arts center decided to turn the space into the haunted “House of Ghost.”

The experience revolves around the story of a woman who drowns herself after failing to marry her lover. It’s a familiar tale in Korea, but the experience is anything but.

After entering the room, real actors with an average three years experience do their best to scare visitors.

Two ghosts - one dressed as an angel of death and the other as a female virgin - constantly surprise and terrify visitors as they try to complete a series of tasks.

“The experience people get here is very realistic because real actors take part in the show,” said Jeon Mi-young, a representative of the event’s organizer Culture Mine.

“This is in contrast to any other theme parks, which use untrained average people as ghosts.”

The move is effective. When the reporter visited last week, she was accompanied by a petrified young couple.

“Oh my God, I am so scared,” cried the woman as she stepped inside. “What should I do?”

Her boyfriend, similarly terrified, was unsympathetic.

“Stop screaming - you’re making me even more afraid,” he said.

Tickets for the experience cost 8,000 won. It is currently scheduled to run through early September.