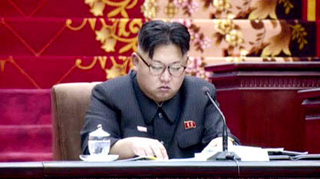 Until recently, the arrival of mobile phones in North Korea was often said to herald the collapse of the regime.

Many argued that when the majority of North Koreans had mobile phones, they would be able to call China and learn about the outside world. Kim Jong-un would soon fall.

But with over 3 million mobile phones used in North Korea, there’s no sign of collapse. What went wrong?

Back in 2012, I attended a lecture by Alec Ross, senior advisor for innovation at the U.S. Department of State, when he visited Korea.

Ross is an expert on social media’s impact on international politics, and the lecture took place as the democratization movement was happening in the Middle East. He discussed how social media played a pivotal role in the struggle against tyranny. In the past, street protests were not possible without a leader to do the organizing, but today, information can be shared and spread instantly on social media.

Still, he was skeptical about North Korea’s democratization through mobile phones.

Even with new technology, he argued, democratization wouldn’t be possible as long as the regime blocks the internet and outside media.
One the internet arrives, however, he said we ought to start watching closely.

Ross wasn’t the only one to note the power of internet. In an interview in January 2015, U.S. President Barack Obama said of North Korea, “The internet, over time, is going to be penetrating this country. Over time, you will see a regime like this collapse.”

North Korea certainly understands the potential threat of the internet. Park Chan-mo, chancellor of Pyongyang University of Science and Technology, said in a recent interview that only the professors, about 120 students and some members of the elite class have access to the internet.

Kim Jong-un himself reportedly encouraged officials to use the internet to understand the rapidly changing outside world. A North Korean source said that trade ministry officials above the level of section chief were the first to gain access.

It is likely that the internet will be a kind of Pandora’s Box that brings changes from within. Once opened, it won’t be closeable. Some compared the arrival of internet access in North Korea with the fall of the Berlin Wall. We will have to wait and see if it proves to be a time bomb that leads to the collapse of the Kim Jong-un regime.