An apple a day

An apple a day 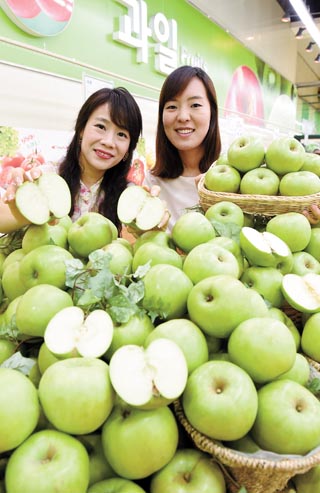 Models show off freshly harvested Aori apples at the Hanaro Mart in Yangjae-dong, southern Seoul, on Tuesday. Aori, or Tsugaru as they are better known in Japan, is a cross between a Golden Delicious and the Japanese variety Kougyoku. According to Korean agricultural cooperative Nonghyup, the ones sold at Hanaro Mart are this year’s first harvest. The apples will be available at other Hanaro Mart branches across the country starting July 21. [NONGHYUP]