Stop being so gloomy about Brexit

Stop being so gloomy about Brexit 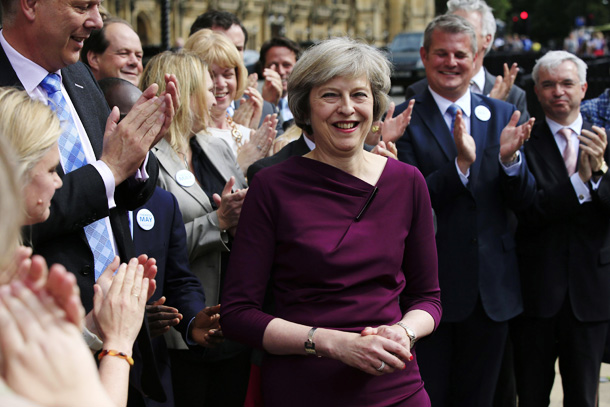 Few have been more downbeat about the outlook for the U.K. economy than the country’s own central bank governor, Mark Carney. If he wants to help mitigate the consequences of the vote to leave the European Union, he should send a more encouraging message by holding back on monetary stimulus.

People charged with managing economies usually try to be optimistic, on the logic that their positive attitude will give people and businesses the confidence to spend and invest, ultimately making the optimism self-fulfilling. The rhetoric surrounding Britain’s vote on EU membership has been a glaring exception. In a bid to influence the vote, a chorus of global policymakers predicted dire consequences. That chorus has sadly persisted.

After voters chose to leave, the secretary general of the Organization for Economic Cooperation and Development, Angel Gurria, reiterated forecasts of higher unemployment and permanent damage to household incomes. Christine Lagarde, managing director of the International Monetary Fund, said that the decision was “casting a shadow over international growth.”

Perhaps no one, though, has been as active as Carney in stoking feelings of gloom and doom — a particularly notable feat, given that central bank governors rarely make predictions of economic and financial turmoil, especially when it concerns their own currency.

As far back as May, the Bank of England said that the possibility of Brexit was already weighing on the British pound, even though much of the decline in sterling’s value had happened earlier, when the polls — and especially the betting markets — showed a clear lead for the “Remain” campaign. The currency actually stabilized during the brief period when polls showed the “Leave” campaign gaining ground.

Markets have come to anticipate Carney’s public appearances as harbingers of bad news. The pound began to decline in the hours before his first major post-Brexit speech on June 30, and he did not disappoint: Brexit-induced uncertainty, he insisted, had caused“
economic post-traumatic stress disorder amongst households and businesses, as well as in financial markets.” The pound slid again on July 5, before he warned that the risks of Brexit had “begun to crystallize” and pledged that the central bank would work to dampen financial shocks and support growth.

This week, the Bank of England will decide whether it should provide added stimulus to counteract the frightening outlook that Carney has described. It should consider carefully the message that its actions will send. A move to lower interest rates would be counterproductive, suggesting that more problems lie ahead. Doing nothing, by contrast, could actually boost confidence by highlighting financial markets’ resilience in the wake of the initial Brexit shock.

Aside from the perennial malaise in the euro-area banking sector, stock markets have mounted a remarkable recovery. Even U.K. mid-cap stocks, which tend to reflect domestic economic sentiment, are rebounding. With Theresa May set to take over as Britain’s prime minister, the shape of negotiations with the EU is becoming clearer and the pound has inched back up. By holding fire, the Bank of England can send an added message of strength, providing the best stimulus for now.

Prime Minister May faces the longer-term challenge of breaking the previous government’s senseless fiscal straightjacket and thoughtfully spending to create new opportunities, especially in the disaffected areas that have legitimate reason to feel left behind. Meanwhile, Carney should attend to the immediate task of imposing tighter controls on property funds, which appear insufficiently buffered for even the relatively modest drop in prices so far. This, in turn, might allow him to safely deflate a property bubble that has unreasonably strengthened the pound, reduced British competitiveness and created financial vulnerabilities.

The British and global economies have relatively smoothly absorbed an event of enormous historical significance. By not acting on Carney’s promise of monetary stimulus, the Bank of England can signal a return to normalcy.


*The author is a visiting professor in international economic policy at Princeton University.