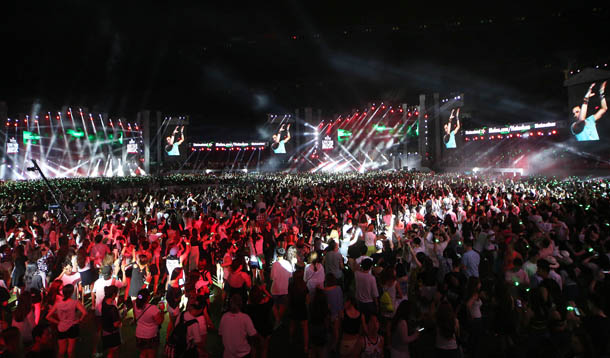 2016 Heineken Presents Stardium gained a foothold in Korea as one of the most entertaining electronic dance music festivals with numerous spectacles and shows that amaze the audiences. [COMMUNIQUE]

Electronic dance music, or EDM, is all about the beat, and it’s best heard in a crowd of thousands dancing along.

In other words, a fan would be hard-pressed to find a better place to listen than the 2016 Heineken Presents Stardium festival, which took place on July 9.

This year, the festival invited six DJs - Gorgon City, WIWEK, Ummet Ozcan, Loudpvck, B2B of Ookay and Tommy Trash - that represent a range of different styles within the genre.

They played to a sell-out crowd of more than 25,000 at Jamsil Sports Complex Main Stadium in southern Seoul. 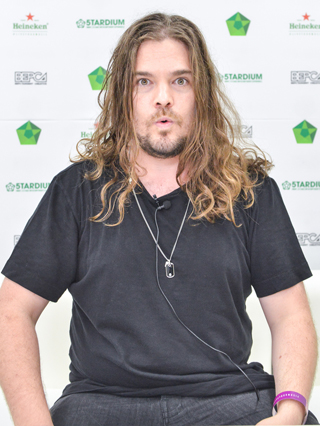 The festival, sponsored by the Netherlands-based beer brand Heinekein, has been held annually in Seoul since 2014.

This year’s event paid particular attention to the visuals. Under the theme “The Mythology,” many of displays and stages paid homage to ancient stories. Acrobats performed aerial feats, doll-like performers roamed the audience and fireworks punctuated the DJ sets.

Q. How did you start your career as a DJ?

A. It was by accident because I was [originally] playing band and guitar music in college. The music I made with computer wasn’t really dance music at the start. I got into it while clubbing and listening to house electronic. So it was a natural progression from rock music to electronic sounds.

I love it when I’m DJing because it’s kind of addictive. It feels like skydiving.

The popularity of electronic dance music is growing worldwide. What is your message to DJs just getting their start?

Work really, really hard. There are so many people out there. Every minute there is someone chasing behind you. If you do what you do and what you feel is right for you, and spend enough time on it avenues will open up for you. Opportunities, stuff you can’t even predict.

What is your favorite song you’ve made?

“Reload” is probably most known but “The End” just changed my life. That’s the most special, memorable [song]. It sounds like it features bagpipes, which everyone asked me if I really played. Actually, it was one little setting in the program [laughs].