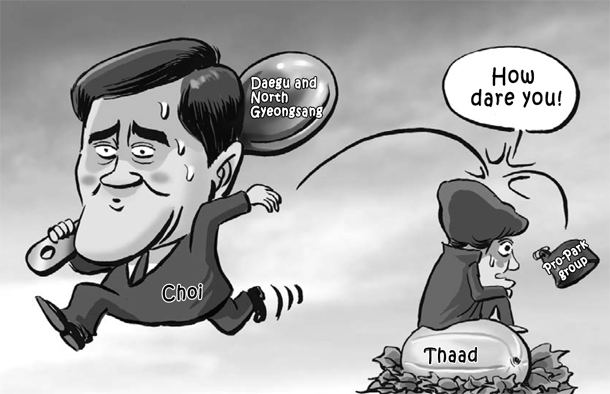 Choi Kyung-hwan, a core member of the pro-Park faction in the ruling Saenuri Party, demands the government tell the truth about “suspicious electromagnetic waves” from Thaad radar — despite its conclusion that they don’t pose any health risks — for his reelection in the next general election. Choi is leading the pack of 21 lawmakers representing Daegu and North Gyeongsang, who oppose the deployment in their region.