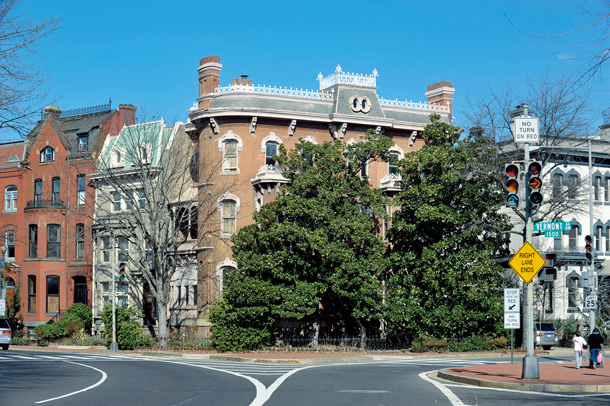 It was an unexpected encounter. Let’s turn the clock back to 120 years ago. I encountered a wife of a Korean diplomat who had gracefully lived in the foreign country of the United States. According to the May 1891 issue of Home Magazine, Mrs. Ye of the Korean legation hosted a wonderful party, and socialites were in attendance. First Lady Caroline Harrison — the wife of the 23rd President Benjamin Harrison — and wives of other were unofficially invited.

Mrs. Ye was the wife of Ye Cha-yun, the acting minister of the Korean Empire legation in Washington DC who served from 1890 to 1893. She was social, was active in civilian diplomacy and was close to the First Lady. She destroyed the Confucian tradition of keeping wife out of husband’s business at the time. There are several media coverages on Mrs. Ye.

The February 4, 1900 issue of New York Daily Tribune reported that Mrs. Ye was smart and socially ambitious. She absorbed the freedom of the New World and adapted to the new environment, quickly learning English. She regularly went to Covenant Church near the legation, a Presbyterian church where President Harrison also attended. The November 30, 1892 issue of The Sun reported that Mrs. Ye became a member of the church and sat with her husband right behind President Harrison, and other Korean diplomats also followed.

There are little records of Mrs. Ye in Korea. Her full name is not known. She is born to the Bae family in Seongju and was a wife of Ye Cha-yun, who went to the United States as a translator for the first Ambassador to Washington Park Jung-yang. Ye Cha-yun was in charge of purchasing the legation building in January, 1891. Dr. Han Jong-su of the Overseas Korean Cultural Heritage Foundation said that she was a modern woman faithfully serving her role as a diplomat. She studied at Roanoke College in Virginia and brought in Korean students. Dr. Han said that more research on Mrs. Ye is necessary.

The Washington legation is a symbol of Emperor Gojong’s self-reliant foreign policy. He sought to establish a relationship with the United States as a sovereign state, rejecting interference of China. Recently, postcards, paintings and wedding invitations illustrating the activities of the legation were discovered. The surname name, Bae from Seongju, was also highlighted. While the diplomatic efforts were hindered by imperial Japan, Emperor Gogjong’s attempts are valuable.

We can also reflect on history as the issue of the deployment of the Terminal High Altitude Area Defense (Thaad) system is entangled over the Korean Peninsula. Seongju, North Gyeongsang, has been named the site for the U.S. antimissile defense system. It is the time that we desperately need to keep a right balance.