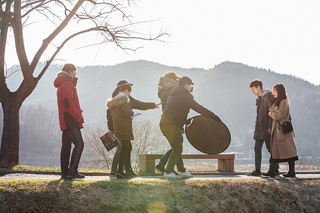 For producers of reality TV shows, the only thing that matters is the number of viewers - and that can make people do crazy things. Seok-jin (Lee Jung-jin) is a reality TV producer who will do anything to boost his ratings.

He is in charge of a show that features ordinary couple Do-jun and Young-ae. Do-jun, the husband, is terminally ill. The program soon receives high ratings, and the couple is the focus of gossip across the internet and social media.

But one day, Do-jun announces that he will no longer appear on the program. He’s too sick. Seok-jin, however, cannot stop yearning for success. He feels he must do anything to continue the show’s popularity, and soon, the lines between reality and fiction blur.

The film shows how the characters change as they get more famous through the program.

For example, Young-ae is initially a devoted wife. Soon, however, she begins acting like a diva and wearing thick makeup.

The movie reflects real-life questions about how much of the drama on reality programs is fabricated.

When a show is particularly exciting or provocative, audiences often wonder how much is real, and how much ought to be attributed to a producer.

In the sea of reality TV shows, “Trick” is sure to catch the attention of moviegoers with its realistic plot. 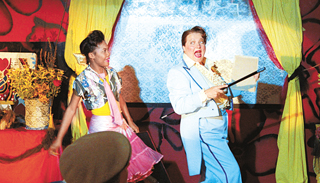 Even though three decades have passed, moviegoers still can’t get the song “Calling You” from the film “Bagdad Cafe” out of their heads.

Also known as “Out of Rosenheim,” the film is being re-released in the form of a director’s cut. It has been remastered with 17 minutes of additional scenes.

The film tells the story of the Bagdad Cafe, which sits in the middle of the desert. The coffee machine has been broken for a long time and the only visitors are the truck drivers passing through. The place has a desolate atmosphere.

Brenda, the woman who runs the cafe, kicks out her husband for being idle and incompetent. She’s soon joined by Jasmin, who jumps out of her husband’s car in the middle of nowhere following an argument. The two women begin living together. They are very different, and it doesn’t seem they’ll ever get along.

Gradually, however, they get to understand each other and become happy. It is hard to pinpoint what is most valuable in life, but the movie illustrates the importance of human relationships 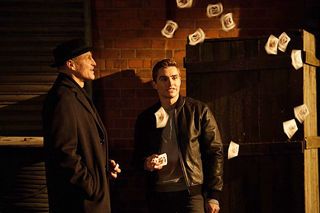 One year has passed since The Four Horsemen outwitted the FBI and gained attention for their Robin Hood-esque magic spectacles. Now the illusionists J. Daniel Atlas (Jesse Eisenberg), Merritt McKinney (Woody Harrelson), Jack Wilder (Dave Franco) and new member Lula (Lizzy Caplan) are resurfacing for a comeback performance, during which they hope to expose the unethical practices of a crooked tech magnate.

They’re up against Walter Mabry (Daniel Radcliffe), a tech prodigy who is playing a double game, and his father, Arthur Tressler (Michael Caine).

Mabry and Tressler want to force the Horseman to perform a heist that will destroy both their reputations and their lives.

In response, the group will have to show they’ve got something up their sleeves to stage a show that will clear their names and reveal the true evildoers.

“Now You See Me 2,” directed by Jon M. Chu, is the sequel to the 2013 thriller “Now You See Me.” Chu received advice on the trickier magic stunts from the first film’s director, Louis Leterrier. The movie reconvenes most of the cast from the original with the additions of Radcliffe and Lizzy Caplan.

Lionsgate has already announced that the third installment, “Now You See Me 3,” is in the works. 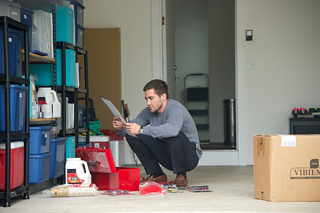 Davis Mitchell (Jake Gyllenhaal) is a successful investment banker on Wall Street who has lived a carefree life - until now. His wife suddenly dies in a car accident, leaving him in a state of shock. Despite his father-in-law, Phil (Chris Cooper), telling him to pull it together, Davis continues to unravel. Instead of moving on, he starts writing endless complaint letters to a vending machine company, which turns into a series of letters revealing his personal feelings. The receiver of these letters is Karen Moreno (Naomi Watts), who works at the company’s customer service department. The two form an unlikely connection. Together with Karen and her son Chris (Judah Lewis), Davis starts to rebuild his life after realizing he has to demolish his old one to move on.

After “Jarhead” and “October Sky,” “Demolition” is the third movie that stars Gyllenhaal and Cooper together. Through the film, director Jean-Marc Vallee shows a unique approach to grief and loss. It was first shown at the 2015 Toronto International Film Festival.

Colonel Katherine Powell (Helen Mirren) is in command of a top secret drone operation in Nairobi that, if successful, will lead to the capture of wanted terrorists. Steve Watts (Aaron Paul) is the pilot in charge of flying the drone, the so-called eye in the sky. They identify their targets, who are preparing a suicide bombing, and Watts is about to engage when a nine-year old girl enters the kill zone, triggering an international dispute. Watts is unsure if he should still engage, and waits for the green light from military and government personnel. Will they launch a drone strike that will almost certainly result in civilian causalities?

The moral implications of modern warfare are confronted in this powerful drama starring well-known movie stars including Iain Glen (“Game of Thrones”) and the late Alan Rickman (“Harry Potter”) in his last on screen performance.

Seondal: The Man who Sells the River (12)

Kim Seon-dal (Yoo Seung-ho), is a genius con man waiting for the score of a lifetime.

He’s part of a harmonious team that includes Bo-won (Go Chang-seok), who is an expert at disguise; Yoon (La Mi-ran), who specializes in a fortune-telling scam; and Gyun-yi (Xiumin), who dreams of becoming the next Kim Seon-dal.Kim and his teammates are planning a risky scam involving tobacco. But behind the scenes, there is the powerful Seong Dae-ryeon (Cho Jae-hyun) who could ruin it all. Still, high risk, high reward - the group vows to do everything they can to succeed. The film is based on the famous Korean folklore character Kim Seon-dal, who reportedly sold water from the Daedong River in now North Korea.

The character was created late in the Joseon Dynasty (1392-1910), and his story is one of failed ambition that leads to trouble.

The film is Yoo’s second lead role after completing his military service in 2014. He most recently played Hwan-hui in “The Magician” (2015). Xiumin, a member of the K-pop boy group Exo, makes his acting debut in the film.