Pangyo bio start-ups are shaking up the market

Pangyo bio start-ups are shaking up the market 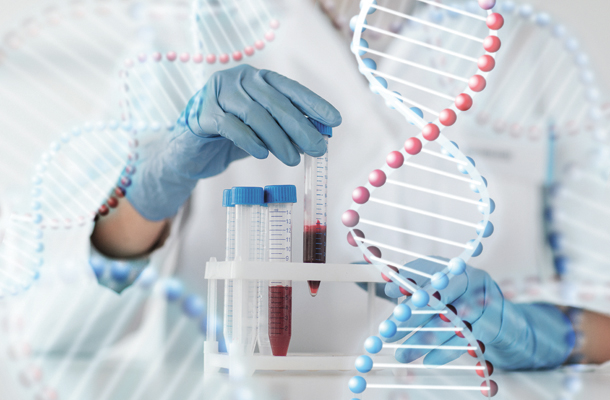 In June, a group of researchers carefully observed potential substances for new drugs through microscopes at Oscotec’s research center.

“In March, we completed the first administration stage for SKI-O-703, a potential substance for a new drug for rheumatoid arthritis, for the first clinical testing stage in the United States,” Kim Jung-ho of Oscotec said. “We still have a long way to go, but reaching this stage after five years of intense work is still a great achievement.”

The Korea Bio Park, in Pangyo in Seongnam, Gyeonggi, is home to Korean bio start-up Oscotec’s research center as well as 20 other research centers and bio start-ups. These start-ups, including Genexine, Bioneer and CrystalGeonomics were founded around 2000, mainly by doctors, professors and researchers. They are causing a stir in the pharmaceutical market as domestic and foreign companies are offering stake investments, joint research and other opportunities.

“The current limelight on bio companies is due to the firm industrial base of bio start-ups developed 10 to 20 years ago,” Shin Jung-seob, director of KB Investment, said. “With the current situation, it will be difficult to have a top bio company in ten years’ time.”

One of the reason start-ups are scare in this particular field is because they lack investment in their early stages.

A former university professor, surnamed Kim, is currently developing medicine for immunity and launched a start-up last year. However, he is experiencing difficulty in attracting investment because investors see it unlikely that he will make short-term profits.

“There are not many investors who understand the fact that in the bio industry, it takes a long time to get successful results,” Kim said.

One of the leading contributors to the lack of trust by investors on Korea’s bio industry has been the scandal caused by once respected stem cell researcher Hwang Woo-suk in 2005. Hwang made worldwide headlines for his breakthrough in cloning dogs and unprecedented success in stem cell research, which all turned out to be fabricated. He was also accused of embezzling state and civilian donations. It has been the Lost Decade for the pharmaceutical industry.

To increase the number of bio start-ups, experts believe Korea should take a look at successful models. Such models include the American model, where the state-run National Institute of Health operates a special fund for start-ups and small research facilities. Meanwhile, Israel has connected university research results to the pharmaceutical industry, providing extra research opportunities, and the European Union has a model whereby non-profit private foundations help pharmaceutical companies cooperate with each other.

“By working in a small research center or on joint research with large pharmaceutical companies, bio start-ups can increase their chances of success while reducing the need for funds,” Shin Dong-moon, professor at Emory University, said. “Korea will need to promote this kind of model.”

While research is vitally important to make a breakthrough in the pharmaceutical market, it can be difficult to enjoy success even with successful research.

In 1996, Kim Sun-young, professor at the College of Natural Sciences of Seoul National University (SNU) and CSO at the Research and Development (R&D) Center of bio company ViroMed, found potential to develop a gene therapy drug.

After several years of intense research, his grand discovery had arrived. He immediately went to big pharmaceutical companies to show his findings, spending considerable amounts of money on clinical tests and commercialization. He offered joint research to seven of Korea’s top pharmaceutical companies, only to be rejected by each one.

“They did not know what I was talking about, let alone cooperate on research,” Kim said.

Kim did not want to waste his technology, so he founded the start-up ViroMed with two students in a research lab. After some financial difficulties, the company’s market capitalization is more than 2 trillion won, making it one of Korea’s most respected bio companies. There are few bio start-ups because potential companies lack space to conduct research and development.

According to the Korea Health Industry Development Institute, of the 282 start-up support centers, 24 focus on health care, but they are not well-known and they offer space only for office work.

“Bio start-ups need lots of support, including a platform on which they can experiment their work and drainage facilities,” Kim Seok-kwan, research fellow at the Healthcare Innovation Research Team of the Science and Technology Policy Institute, said. “The Golden Helix start-up incubation center at SNU and the Osong Medical Innovation Foundation currently provide some of these facilities, but it is still woefully inadequate.”

There are also a lack of ways to continue success in the research lab to the pharmaceutical industry, a problem that Kim faced. There have been numerous occasions where researchers have launched start-ups themselves and have experienced difficulty in assuming responsibility in operating a business. This is why start-up experts are so highly valued.

“Interest in the capital market has risen but there is a lack of venture capital and venture accelerators that understand the results of the bio industry and invest in it,” said LSK Investments’ Kim Myung-kee, who is in charge of a venture capital specializing in health care.

There has been a surge in the last ten years in the small Korean pharmaceutical industry of the idea that it is good to buy development technology for the giveaway price.

Meanwhile, the United States, the world’s pharmaceutical powerhouse, is offering over 90 accelerators specializing in health care.

Start-up CrystalGenomics recorded losses every year since its founding, but after 16 years of persistent hard work, they are expected to record a surplus for the first time. This is thanks to exporting technology on a new drug for leukemia to Aptose Biosciences for 352.5 billion won.

“Bio companies are known to be difficult to maintain even when there is investment for R&D,” said Cho Joong-myung, president of CrystalGenomics.

In pharmaceutical powerhouses like the United States, there are models where entrepreneurs who have retrieved the investment they received for their start-ups launch another start-up or promote and invest in other start-ups. There are signs of this trend happening in Korea as well. Chang Jun-keun, owner of NanoEnTek, an SK subsidiary providing customer oriented technology, has launched a bio start-up specializing in venture accelerators.

Experts emphasize that universities need to be the cradle of cutting-edge technology. Considering that many famous bio start-ups, including Genexine and global pharmaceutical leader Genentech, were founded by professors, this call is unsurprising. Currently, technology holding companies administer the patent of start-ups in universities but they are criticized for only focusing on show off results. There are calls for technology holding companies to recruit industry experts to serve as venture accelerators. However, critics argue that the current bureaucratic university culture would need to be overturned to make this a reality.

“People who found start-ups experience disadvantages when they reach retirement age, and the university culture is highly bureaucratic,” complained a professor.

The founding of Genentech goes back to a bar. Forty years ago, venture capitalist Robert A. Swanson frequently had a drink with Herbert Boyer, who was at the time a professor at the University of California, San Francisco (UCSF), and researching technology for gene recombination. Boyer did not intend to make a business success out of his research but Swanson, upon examining Boyer’s work, decided to invest in it.

Since its foundation, Genentech has pioneered the new antibody drug market. It released Herceptin, the world’s first drug to treat certain types of breast cancers, as well as Rituxan and Avastin, which record sales in the range of 8 to 10 trillion won every year. Genentech believes that its history of being found by a wise investor and an intelligent researcher is something to be proud of, hence it has statues of Swanson and Boyer talking over a drink outside the Genentech headquarters. It serves as a reminder of the importance of the synergy created by wise investment and innovative biotechnology.

Many entrepreneurs have tried to emulate Genentech’s remarkable success. Large pharmaceutical companies, research and development (R&D) centers and industry experts have flocked to South San Francisco, where Genentech is headquartered, to search for business success.

Researchers from prestigious universities, including Stanford, UCSF and the University of California, Berkeley, are entering the start-up business, while venture capital has moved from the Silicon Valley to the city of South San Francisco. In just 40 years, South San Francisco transformed from a small city of 100,000 people into the world’s greatest bio cluster. Currently occupying a land area equivalent to 283 soccer fields, the bio valley in South San Francisco is home to 200 global pharmaceutical companies and start-ups, as well as their 20,000 employees. Last year, investment in the bio start-ups totaled an incredible 1.8 billion dollars.

Roche took over Genentech in 2009, which meant that Genentech had completed the life cycle of a bio start-up: develop a new drug, innovate with a large pharmaceutical company, then retrieve its investment with a takeover.

“Bio start-ups in South San Francisco know the success of Genentech and are ready to make their own success with the world’s most talented individuals and resources for start-up growth,” said Yoon Ho-yeol, Vice President at Samsung BioLogics.

The presence of talented individuals lures large companies to South San Francisco. Health care company Johnson & Johnson provides its JLABS, a business incubator, to start-ups where they can use office space and experiment equipment unconditionally for two years. Johnson & Johnson does not demand shares in the start-ups, nor does it demand any cooperation.

“Large-scale companies know that once they have reached their limits of their own research, they need to look towards start-ups in order to survive, so they want lots of start-ups in the pharmaceutical industry,” said Bae Sung-yoon, professor at the Department of Management of Inje University.

The whole world is competing to make bio clusters like the one in South San Francisco. Ireland, Singapore and China are actively constructing bio clusters.

There are also some promising bio clusters in Korea. The world’s largest contract manufacturing organization (CMO) industrial estate is in Songdo, Incheon, where CMOs, including Dong-A Socio Holdings, Samsung BioLogics and Celltrion, are located.

Daejeon is a rising bio cluster, given its proximity to the Korea Bio Park in Pangyo and its Korea Advanced Institute of Science and Technology (KAIST) campuses. Meanwhile, the Daegu-Gyeongbuk High-tech Medical Complex and the Osong Hi-Tech Composite Medical Complex in North Chungcheong are growing as government-designated rising bio clusters. There are calls for cooperation on research outside of bio clusters in preparation for the future pharmaceutical market. This is the way to attract global R&D centers and research resources.